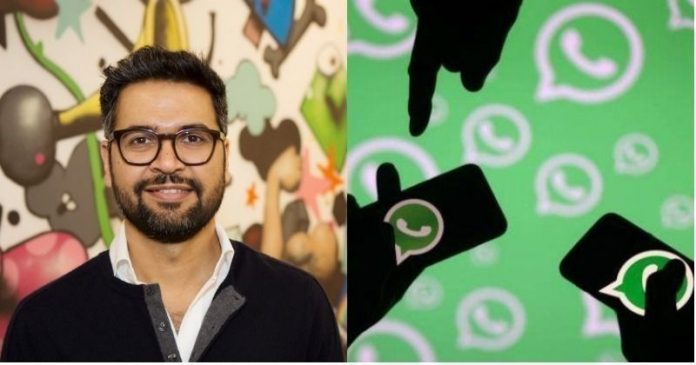 Neeraj Arora, the chief business officer of peer-to-peer messenger platform WhatsApp, resigned from his post yesterday joining a stream of top executives who have departed Facebook, which owns WhatsApp.

Arora, an IIT- Delhi alumnus and the number four in the company, was being touted to take over as WhatsApp CEO earlier this year, however, the role of global head of the company was given to Chris Daniels. Arora had been with WhatsApp since 2011 and through Facebook’s  $19 billion acquisition of the messaging company in 2014. His exit comes seven months after WhatsApp co-founder Jan Koum left the company.

“It is hard to believe that it has been seven years since Jan (Koum) and Brian (Acton) got me onboard at WhatsApp, and it has been one hell of a ride! It is time to move on, but I cannot be more proud of how WhatsApp continues to touch people in so many different ways every day,” Arora said in a Facebook post on Monday.

Arora’s exit comes at a time when WhatsApp is facing criticism over the spread of fake news on its platform. This year WhatsApp deployed campaigns in top markets like India and Brazil to educate users and help them avoid sending around false information.

Facebook Partners with T-Hub to Work with VR-based Startups