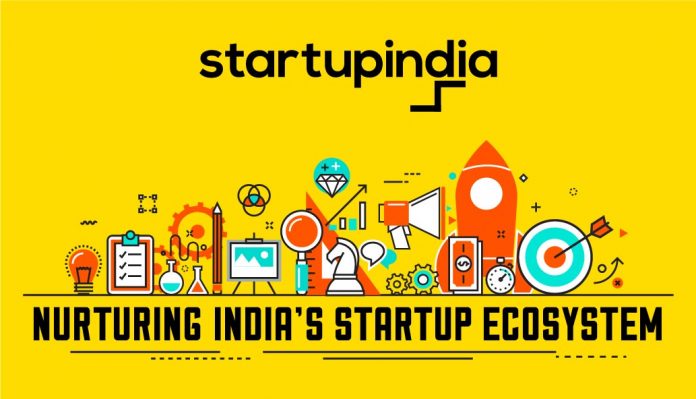 The Startup India initiative was announced by Prime Minister Modi on the 69th Independence Day and five months in , in January 2016, the Startup India Action Plan was launched.It covers sectors ranging from digital/technology sector to agriculture, manufacturing, education and healthcare.There has been an 8% growth registered in the number of funded startups in 2016.
This initiative revolves around three pillars:Simplification and Handholding, Funding Support and Incentives, and Industry- Academic Partnership and Incubation.Under the initiative, 770 startups have been recognised by the Department of Industrial Policy and Promotion(DIPP).Self-Certification is permitted in-order to reduce compliance costs and ease compliance norms. ‘Startup India Hub’ was initiated to create a single point of contact to facilitate exchange of knowledge and provide access to funding.IPR Support, to provide low-cost legal assistance to startups in filing Intellectual Proper applications and speed up the process for the same, was also initiated.Additionally,under the scheme, tax Benefits, relaxed norms of public procurement, funding support and incentives, learning and development module are also being provided.

Read the full story at: makeinindia