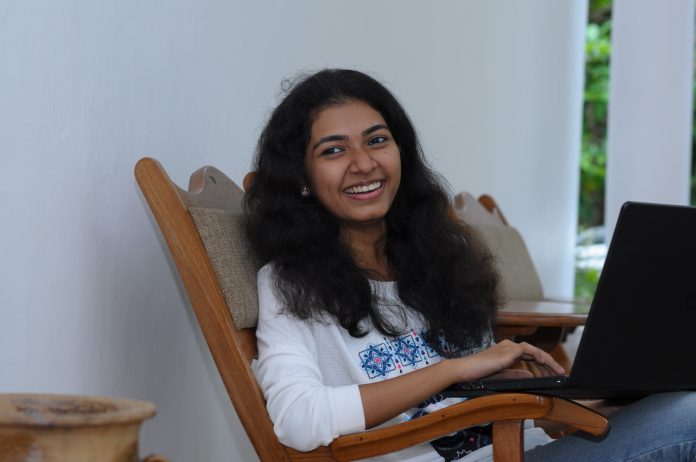 Sreelakshmi Suresh,  a student of St Joseph’s Devagiri College, Calicut, has numerous adjectives to define her. She became the youngest CEO in the world when she was just eight. She is the recipient of many prestigious awards such as the Golden Web Award presented by The Association of American Webmasters and National Child Award for Exceptional Achievement instituted by the government of India. 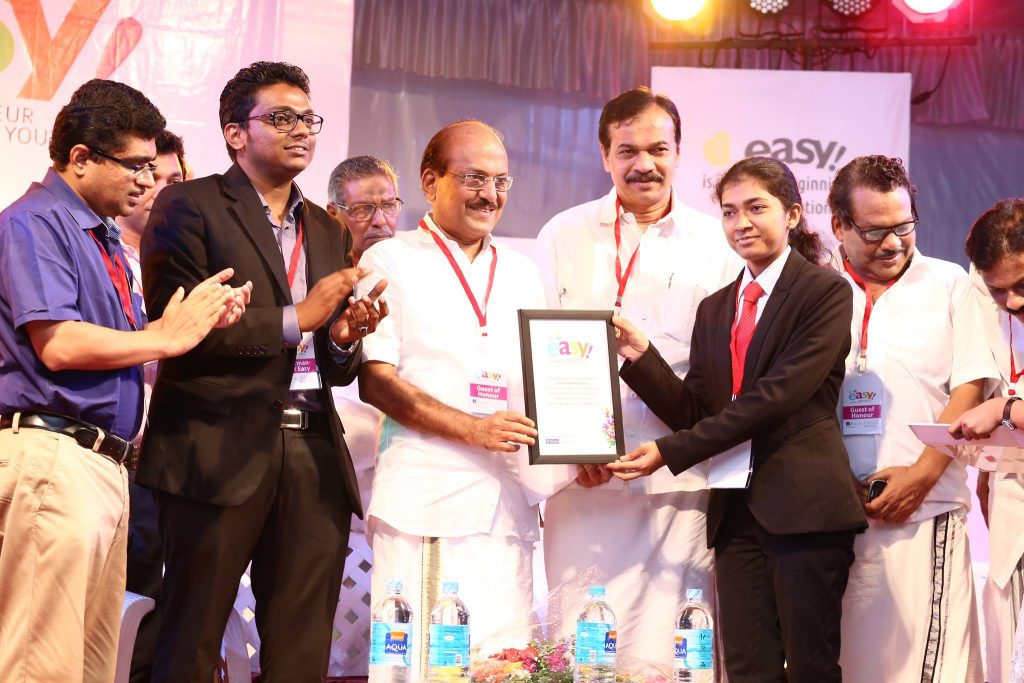 She seamlessly handles her business and studentship. Business pressures don’t seem to affect her.  Because she works for her passion. Her entrepreneurial journey started years ago when she was at Presentation Higher Secondary School, Calicut. Yes, she became an entrepreneur even before she learned that word!

When her friends were content with snake and ladders and hide and seek, she spent her leisure time on computers. But certainly not for games! What started as a hobby turned out be her career. From her early school days itself, designing websites was as easy as ABC for her.

“I started web designing as a hobby and designed my first website for my school when I was in third standard,” says Sreelakshmi. The website that she created was launched when Sreelakshmi was in fourth standard. That was the milestone in her life.

“After the website launch, I got numerous orders from across the globe. However, many of them were not genuine. They just sent enquiry out of curiosity because I was still a kid. People advised me to set up my own business to bring a serious nature to my work. That’s how eDesign, my company, was born,” she recollects.

When she first shared her idea of starting a web business with her parents, their expression was confined to a glee. Later, when she materialized what she began, their glee turned into a golden smile. 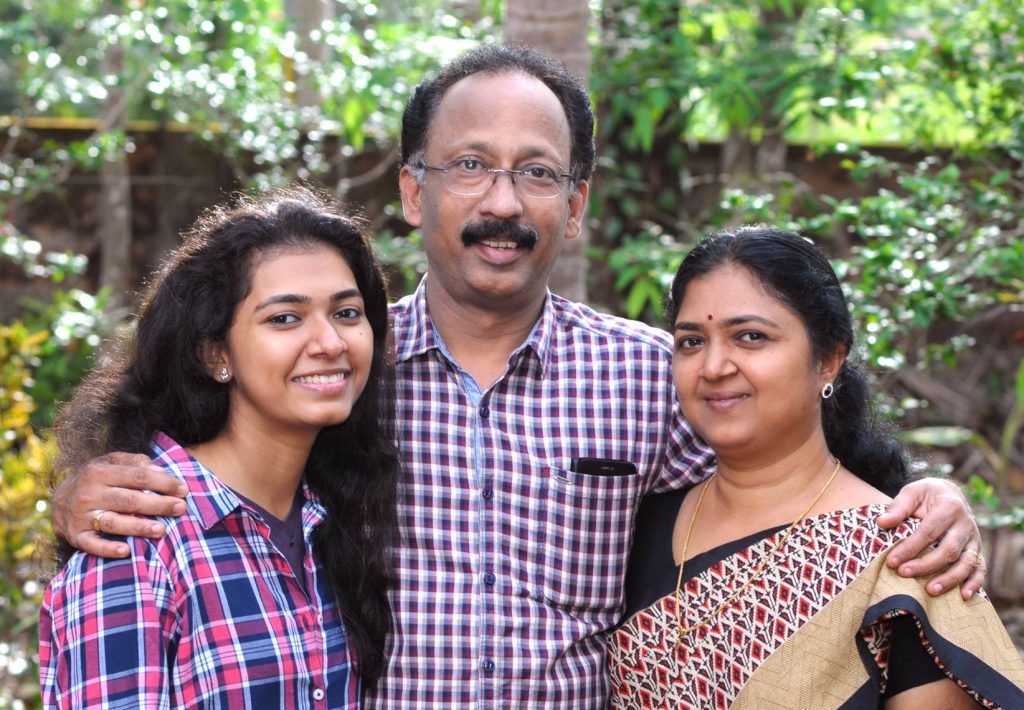 Now amidst the stiff competition, earning clients is child’s play for Sreelakshmi as she finds great possibilities with advent of digital technology.

“A website is an integral part of any business. We can even use our website as a virtual office,” observes Sreelakshmi. She plans to expand her domain to advanced digital technologies.

She crossed many hurdles to build her business and earn the credibility of her clients. “Initially, I got a lot of enquiries and I found it very difficult to sort out the genuine ones. So I had to appoint a team to tackle that issue and forward the genuine queries to me. But now I am experienced enough to handle it”, says Sreelakshmi.

She fondly recollects how she was being perceived by her peer groups. “ During school days they looked as if I were an alien and it was really annoying. But now they understand and support me”, she says. The child in her always pops up when it comes to reading. Though not a prolific reader,  she is a Potterhead and loves comics.

Now she studies business management at college. So what happened when she came to college from school? “When I was in school I could only work  after completing my academic commitments. Now as a college I can work conveniently as I have to study only optional subjects”, says Sreelakshmi. 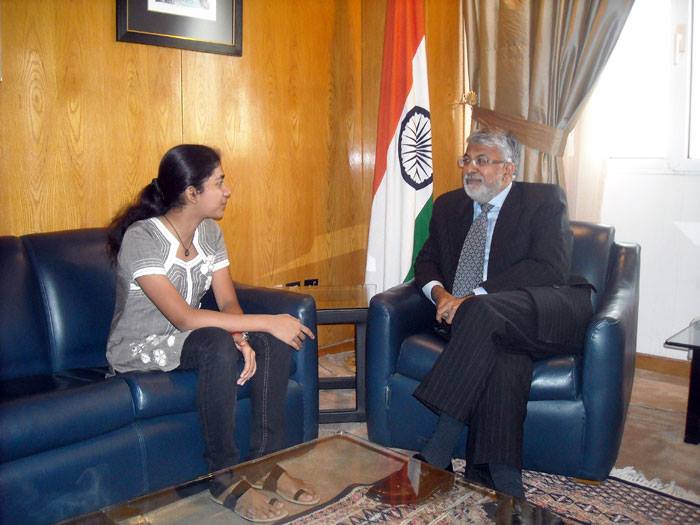 She credits her success to her hardwork and passion for what she is doing. “I don’t have any habit that brings to success. I spend time designing websites only because I love this. The experience I gained over the years might have given me the potential to move ahead,” she says.

The most interesting part of her entrepreneurial journey is the new challenges. “I get new challenges every day. Every project is different from one another. So I have to work hard to bring uniqueness in every project.  This is indeed interesting and challenging at the same time. Above all, it helps learn new trends in technology,” she opines.

Sreelakshmi finds inspiration in the words of Napoleon. “Victory is not always winning the battle…but rising every time you fall” is her favourite quote. Sreelakshmi hitches her wagon to a star as she would like to see herself as an integral part of IT industry in future. She is the daughter of Adv Suresh Menon and Mrs Viju Suresh.

This ambitious girl has a valuable message to share with budding entrepreneurs – “if you are confident that you are competent and prepared to work hard, you can achieve anything”. 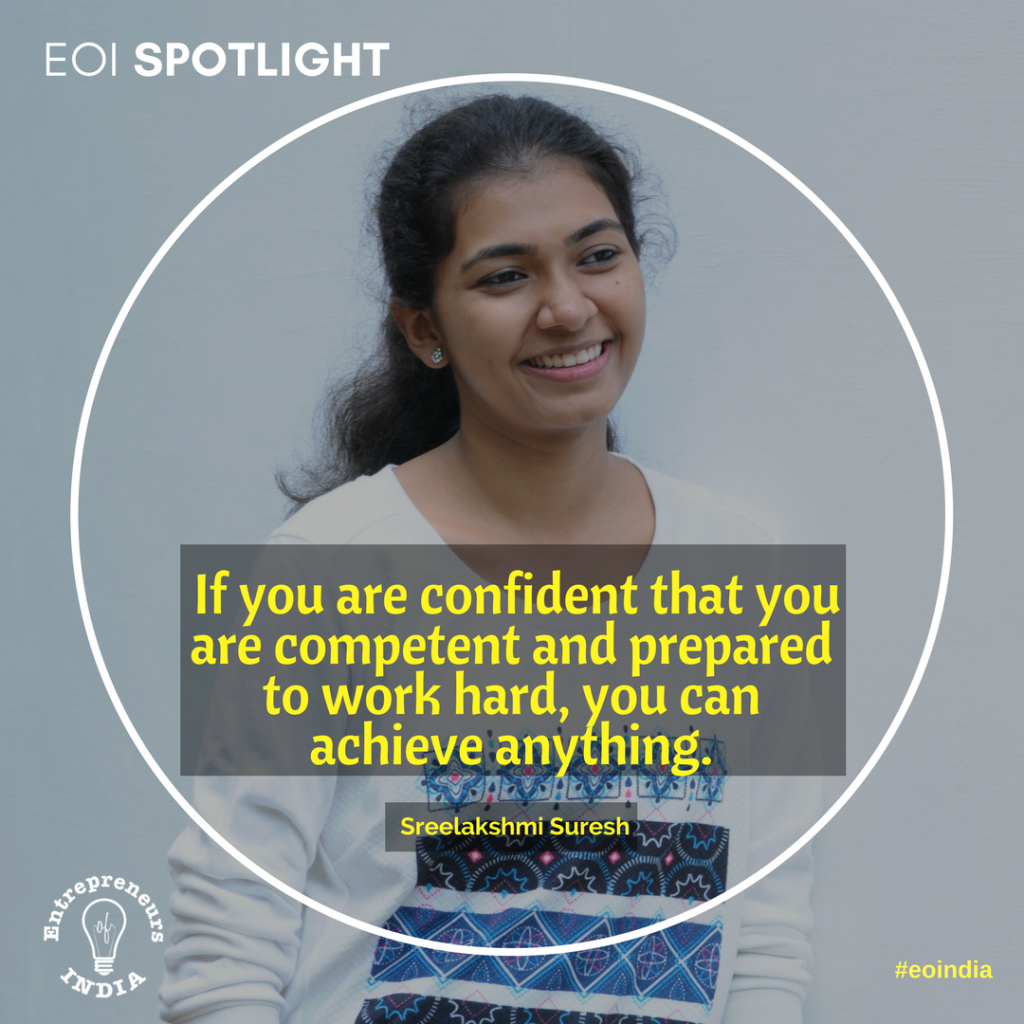 Share your insights on this story in the comments below and help us grow.

Bye to Microsoft, Hi to Ola! How Bhavish Aggarwal Drove to Success

From the Depths of Poverty to the Moon! The Story of Naveen Jain

Sir Richard Branson – The Man Who Lost Virginity in Business!