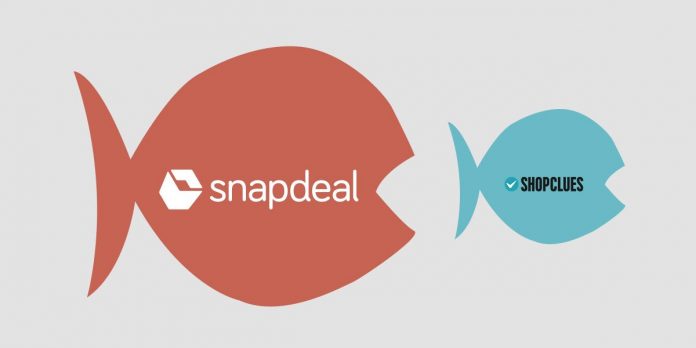 New Delhi-based ecommerce platform Snapdeal is reportedly planning to acquire its rival, ShopClues in an all-stock deal. This development comes in after the previous discussions about the deal fell apart due to disagreement on its financial terms.

According to reports, if the 100% buyout deal is successful, all of ShopClues’ investors, including Singapore’s sovereign wealth fund GIC, Helion Venture Partners, Tiger Global, Nexus Venture Partners and Unilazer Ventures will move to Snapdeal.

If the merger deal goes through in a planned structure, ShopClues investors may get one Snapdeal share for every nine shares they hold in the former. The deal will give the investors a 10% stake in the combined entity.

The plan is to get at least a 30% stake in Snapdeal as part of the transaction. The also added that Shopclues founders Radhika Aggarwal and Sanjay Sethi may also make a small cash exit as a part of this deal. The process of due diligence is currently going on and the final decision is expected soon.

ShopClues was founded in July 2011 by Sandeep Aggarwal, Radhika Aggarwal, and Sanjay Sethi. It is a managed marketplace that aims to provide a unique online shopping experience to its customers.

3 Great Ways to Start an Online Business Without any Money