An elegantly dressed gentleman from Kerala recently delivered a speech at the United Nations . He shared his incredible life story of how went on to become the head of a ₹100-crore company from the depths of poverty.

He talked with zest about entrepreneurship and how he set up a multi billion business, crossing every hurdle.

The speaker was PC Musthafa, CEO and co-founder of iD Fresh Food. He is certainly not an overnight success.

He was born in a remote village in Wayanad,  one of the most educationally backward districts in Kerala. His family had to burn candles at both ends to meet the necessities of life. The maximum luxury he got to enjoy occasionally during his childhood was two meals a day.

People who had known him would have never thought in their wildest dreams that Musthafa, the son of a Coolie from Wayanad, would one day become a speaker at the UN.

As a resident of a small village in Wayanad, Musthafa thought even a menial job that paid him every month would be an ideal choice to survive. However, fate had a different story in store for him.

Musthafa still remembers that embarrassing day when he failed in sixth standard and decided to stop schooling. He prepared himself to face the life of a daily-wage worker, like his father.

However, the twist in his story came in the form of his teacher. Even though he wasn’t studious, Musthafa was good at numbers. So his teacher, Mr Mathew, persuaded him to resume schooling. That decision changed his life forever. He passed out as school topper!

The bitter episodes of life continued to hunt him down. When Musthafa joined college, he wasn’t able to afford the fees. The college management enrolled him under a free scheme since he was brilliant in academics.

Musthafa faced a turbulent time in college. His fellow students insulted him. Sometime they would bully him for his poor financial background. But he knew he had to fight alone. The only way to survive was to secure a good job. So he focused on his studies.

After pre-degree, he joined Regional Engineering College (now NIT, Calicut). It was a turning point in his life. He understood more about the vast opportunities across the globe from the college.

Soon after graduating from REC, Musthafa got a job at Motorola in Bangalore.  From his experience in Bangalore, he was convinced about the importance of business,which led him to take MBA from IIM Bangalore. After post graduation he joined Citibank in Dubai.

The new job at Citibank gave him economic stability that he longed to earn from his childhood days. The well-paid job gave him everything, but his dream was yet to be realized!

Musthafa returned home to plunge into a highly risky domain-entrepreneurship. However, he was confused.

“What business should I start?,” he thought.

There were many ideas that seemed promising. But nothing guaranteed success. That’s when Shamsudheen, one of his cousins, mentioned about dosa batter.

In a city like Bangalore, there wasn’t any standardized, high-quality batter. So Musthafa landed on the idea of selling fresh preservative dosa and idli batter under a brand. That’s how he co-founded iD Fresh Food along with his cousins in 2005.

Musthafa and his team started humble. They wanted to know how the product would perform in the market.  At the initial phase, they set up a small kitchen with limited resources. They sold only ten packets a day.

They were surprised by the overwhelming results. The business got profit from the first day itself and people thronged marketplaces to buy batter. The rave customer response built confidence in Musthafa.

As the demand for the batter skyrocketed each day, Musthafa planned to move the business to a bigger setup. He invested ₹4 million to build an extensive unit for the company. He equipped the place with modern machinery and adequate workforce.

The customer base grew each year and Musthafa expanded his business to other parts of the country. In 2015, a decade after its inception, the company’s turnover reached ₹100 crore. He introduced more products in 2016 and continued the expansion spree to Kochi and Coimbatore.

In 2017, Musthafa and his team took a step further. They successfully raised $25 million from Azim Premji’s investment arm, Premji Invest.

iD Fresh Food is planning to go beyond national borders this year as Musthafa eyes expansion to the US, Singapore and the UK. With so much in his artillery, Musthafa is all set to close the ₹250 crore mark in revenue this year.

The vision of his company is to reach $10 billion mark by 2020. For a passionate entrepreneur like him, it would just a piece of cake!

Musthafa believes in spreading values that resonate forever in society. He ideated meet your neighbour campaign, where the company provides free food to treat your neighbours. The idea was to bring together people around a table, just like the good old days!

Musthafa’s inspiring story proves that your surroundings are no barrier to your dreams. He was not born with a silver spoon. However, his perseverance and hardwork made him one of the most successful entrepreneurs in India.

He’s an eye-opener to those who blame their fate and refrain from working hard to achieve their dreams. If you have that passion to make your dreams come true, nothing can stop you.

You can easily weather the storms to reach your destination if you believe in yourself.

If a village lad, who was once the poster boy of poverty could do it, why can’t you? What’s your excuse? Go out and chase your dreams! 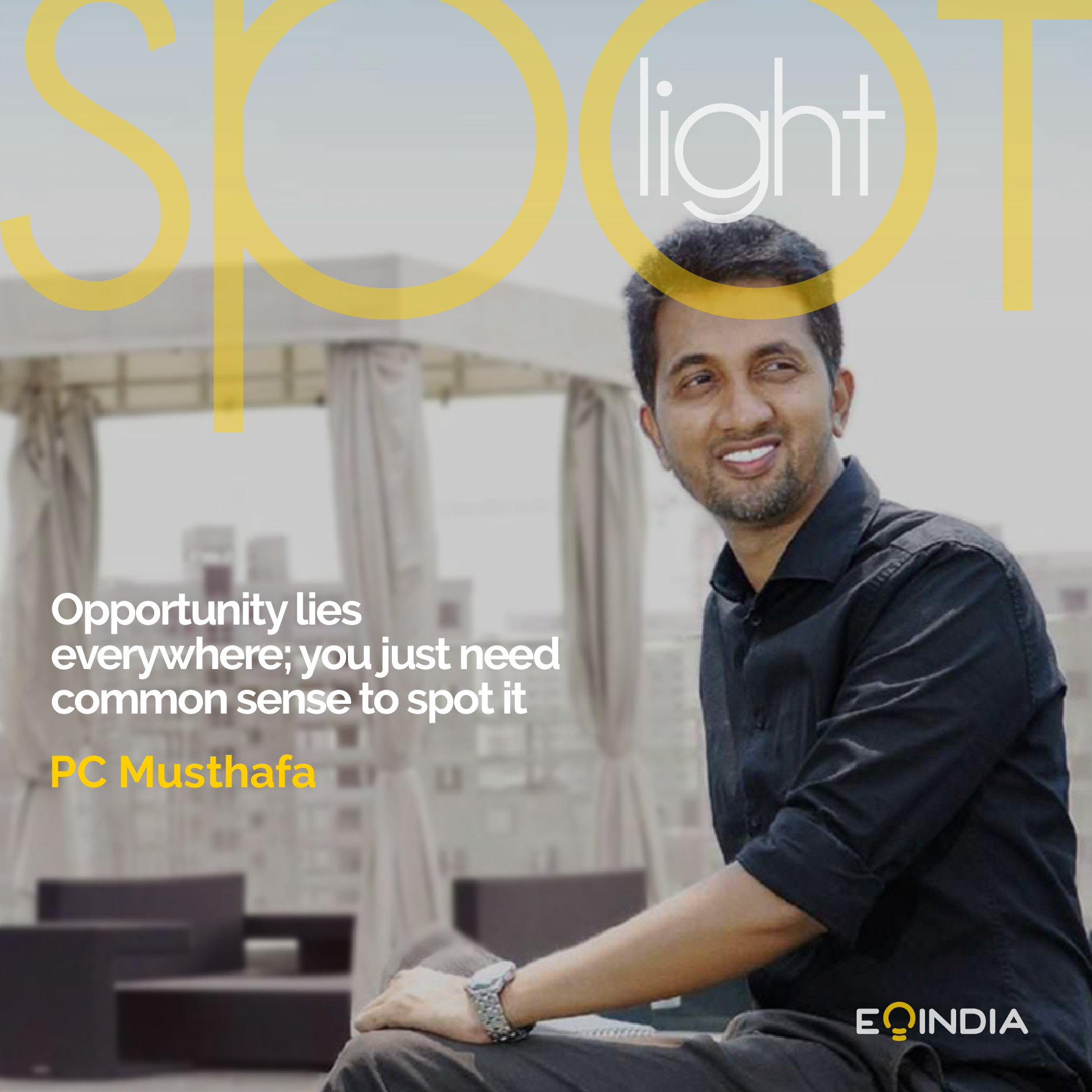 What did you learn from this story? Share your thoughts in the comments below.