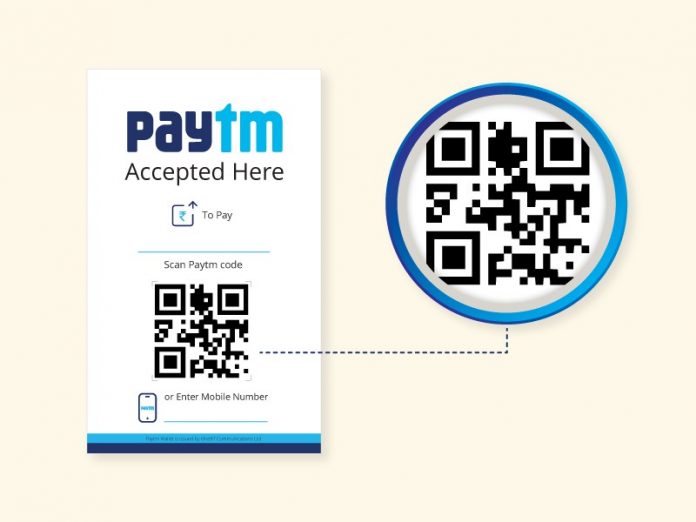 E-payment company Paytm is planning to carry out nationwide campaign to promote payments through QR code scanning using either debit cards at zero cost or unified payment interface (UPI). The move is part of Paytm’s post-demonetisation strategy, which was employed to acquire merchants for e-wallet payments. Relying on QR code method makes accepting payments hassle-free and easier, said Paytm officials. “We have been working for several months to see how we can enable all payment instruments in one QR code. Going forward, we expect most merchants to accept payments directly into their bank accounts,” said Kiran Vasireddy, COO, Paytm. The Vijay Sharma-led company has been trying to promote QR code as dominant form of accepting payments since the government decided to subsidise the charges paid by shops on card payments. Through this move, Paytm expects a surge in the number of its users across India. Paytm will deploy a team of 10,000 sales agents to convince merchants about the advantages of using UPI. Now Paytm has 55 lakh shops using its e-wallet services. Through this aggressive campaign, the company aims to attract more customers. “From a transaction perspective, nothing much changes. While the user scans the same QR code, they will now get two-three options (e-wallet, account and debit card) and can choose the payment instrument. It does not add to the number of steps as the same screen will have multiple options,” said Vasireddy. Through UPI, merchants can facilitate transactions safely without costing any charges. Moreover, there is no monthly limits on amount that can be accepted.

How to Dress to Impress

How Bijoyeti Ghosh Founded a Business to Encourage the Talent of...