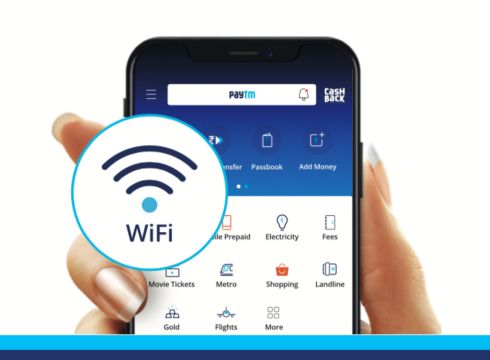 Noida-headquartered digital payments company Paytm has announced that it has partnered with BSNL to enable its users to connect with free public WiFi.

Paytm said it has partnered with BSNL to provide easy access to its users for connecting to the BSNL Public WiFi network across the country. Paytm believes that due to this partnership, millions of its users can access WiFi in public places in a secure and convenient manner on the Paytm app itself.

The company said that whenever a Paytm user will be in a BSNL WiFi zone, the app will send a notification to the user to connect to the available WiFi. Once the user is authenticated, they can choose the plan as per their requirement and Paytm the amount to connect instantly. They can also check data consumption and data validity on the available dashboard.

Founded in 2010 by Vijay Shekhar Sharma, Paytm is one of the first digital payment platforms in India. Besides individual transactions, merchant payments and PoS systems, it has ventured into financial products such as a payments bank and credit cards.

How Black Pottery Inspired This Entrepreneur to Start a Unique...

Flipkart Deploys 100 Robots in Its Delivery Hub in Bengaluru