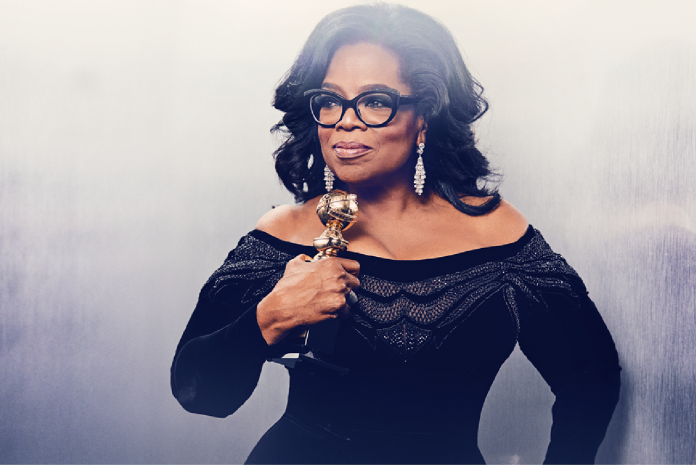 Oprah Winfrey delivered a speech at the Golden Globes 2018 after receiving the award for lifetime achievement. What started as a humble thank you note, transformed into powerful rhetoric on corruption, injustice, and oppression faced by women across the globe. Before that huge audience, she told the stories of women from all walks of life and threw light into their day-to-day struggles.

Oprah Winfrey is perhaps one of the popular influential figures of our times. She conquered the world with her zest for life, shrugging off the fears of abuses she had to face in her childhood and early teen years. How far could a teenager from America go to realize her dreams?

Widely considered an icon of women empowerment, Winfrey’s life wasn’t a bed of roses. It was nearly impossible for her to tread her way to success, considering her ethnic and economic background. She came through the thorny paths to become what she is today. Her life is an instant dose of inspiration to those who quit easily.

Oprah Gail Winfrey was born to an unmarried couple, Vernita Lee and Vernon Winfrey, in Kosciusko, Mississippi, on January 29, 1954. Her parents got separated soon after her birth, which put Oprah under the care of her grandma. During her childhood, she used to live on a farm in Mississippi. Oprah grew up amidst the farm animals and she spent her leisure time acting before the audience of the animals!

As a kid, she liked reading books. Her grandma introduced her to the world of letters when she was just two! Oprah was a studious girl at school. She was directly promoted to third grade from first, owing to her academic proficiency.

When she was six, Winfrey moved to an inner-city neighborhood in Milwaukee, Wisconsin, along with her mother, who was less supportive and encouraging than her grandmother had been. Her mother, Lee, earned the bread for the family by working as a maid in many places. Soon Lee gave birth to her second daughter, Oprah’s half-sister, Patricia. She found it really hard to raise the two daughters.

The family was suffering from grave poverty. So she temporarily sent Oprah to Milwaukee ghetto, where her mother and two half brothers lived. Milwaukee was an extremely poor and dangerous neighborhood. She was sexually abused by a number of times by the men in her family circle, leaving Oprah into the depths of depression. The torture turned her into a person with odd and repulsive behaviour.

Years later. Oprah was sent to her father’s house in Nashville. It was a turning point in her life. She got a second opportunity in life. She grabbed it at once. Unlike the shabby and menacing neighborhood of Milwaukee, Nashville seemed to be more welcoming. Her life began to prosper. The memories of her past no longed came to haunt her. Her father was very supportive. He provided her with all the necessities including education. He put her life back in track.

Oprah joined debate clubs, which honed her skills in public speaking and interactions. She was actively involved in theatre. She was an excellent student and she got a scholarship to pursue her higher studies at Tennessee State University. The following year she was invited to a White House Conference on Youth. Winfrey was crowned Miss Fire Prevention by WVOL, a local Nashville radio station, and was hired by the station to read afternoon newscasts.

After she won Miss Black Nashville and Miss Tennessee titles during her freshman year at Tennessee State, Nashville Columbia Broadcasting System offered her a job, but she rejected the offer twice. Later, her teacher convinced her to take up the job. It was the first break in her career. She became the first Afro-American co-anchor of a news broadcast.

After graduation, WJZ-TV in Baltimore, Maryland, hired her to do the local news updates, called cut-ins. Later, she started co-hosting a morning talk show called Baltimore Is Talking along with Richard Sher.

After having worked with a handful of reputed media organisations, Oprah launched her own production company, Harpo Studios Inc, in August 1986 to produce the topics that she wanted to see produced.

She produced and hosted 25 seasons of the globally acclaimed Oprah Winfrey Show from 1986 to 2011. It was a talk show that primarily emphasized literature, self-improvement, mindfulness, and spirituality.

The show became a sensation across the world, propelling Oprah to a global figure with a massive fan following. During the course of 25 years, the show left an indelible mark on America’s pop culture and it remains the highest-rated daytime talk show in American Television history.

With its gigantic success, Oprah became the first black multi-millionaire from North America. As an honour to her influence on global media, she is often called “The Queen of All Media”.

Oprah Winfrey has been actively involved in various philanthropic activities centered on black women. She has been ranked the greatest black philanthropist in America. Today, Oprah Winfrey is a source of hope for black and oppressed women around the world. Her story inspires them to hang on and move ahead in life.

Nothing in this world could help you if you blame your fortune and refrain from chasing your dreams. On the other hand, if you are determined, As Paulo Coelho rightly says, the entire universe would conspire to help you. Oprah’s story has proved it.

After a lot of mental and physical abuses, she wasn’t ready to call it a day. So don’t take the risk of not trying. No matter what your vision is, just give it a try.

Who is your inspirational figure in business? Let us know in the comments

Sir Richard Branson – The Man Who Lost Virginity in Business!

How Bijoyeti Ghosh Founded a Business to Encourage the Talent of...