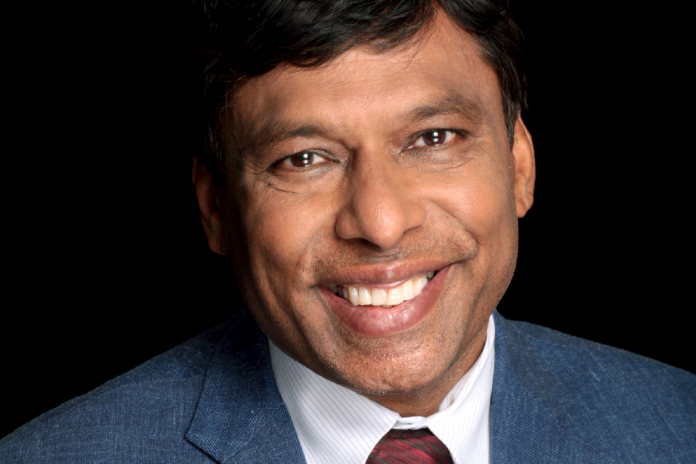 There are two kinds of people in this world –  Those who wait for the miracle to happen and those who make it happen. Naveen Jain easily falls under the second category. Otherwise, a boy who came from an impoverished Indian family would never write his success story in the US as one of the most innovative entrepreneurs in the world.

They say, the only thing that keeps you in spirit is your dream. As a boy, Naveen’s most soothing reverie was an affluent meal a day. But as he grew up, he became completely aware of the background in which he was born and contemplated the ways to tackle the economic and social hurdles. He mustered up the courage to go beyond the horizons to explore the opportunities. It was his first step towards what he has become today.

Naveen Jain was born in 1959 to a Jain family. He grew up in the rural areas of Uttar Pradesh. His father was a public servant who kept his honesty intact throughout his tenure. He  was simply not ready to accept bribes from people to get things done, unlike his superiors. The result was grave. He was slammed with continuous transfers, from one place to another. It took a toll on his whole family.

Naveen and his family lived a life of vagabond with no proper place to stay. They were always on the move since his father got transfers frequently. He was like a refugee in his own country. To add to the misery, the gravity of poverty elevated. Sometimes Naveen hardly got a meal day and he would be hungry all the day.

However, Naveen and his siblings were excellent at academics. Nothing could not turn down their enthusiasm. His sister went on to complete her post doctoral studies in mathematics, his brother did his Phd in statistics and Naveen secured admission at the prestigious Indian Institute of Technology (IIT), Roorkee. IIT was a turning point in his life.

After having completed his engineering from IIT, Naveen pursued masters in business administration from XLRI School of Business and Human Resources. It helped him take the giant leap in his career.

Soon after his MBA, Burroughs, a major American manufacturer of business equipment, hired him. He was invited to the US for a year long training. Life in the US paved way for the growth of his career. He was at the right place where people respected the talent and Naveen, being multi-talented in various aspects of business, explored new opportunities.

The experience in America as an executive helped Naveen identify the trends and patterns of the market. He dipped his feet into entrepreneurship in 1996 with InfoSpace, a company that provided quick and immediate information on cellular phones as well as other mobile devices. He started with just a handful of employees, mostly from Microsoft.

InfoSpace initially developed email and telephone directories. Later, Naveen expanded it’s domain to other areas such as maps, games and information on the stock market. The idea behind this business got wider attention and his company was valued at $35 billion when it went public in 1998, which catapulted him into the league of ace entrepreneurs of the country.

With InfoSpace’s success, he became a billionaire. As an entrepreneur, he constantly sought new opportunities, which led him to his second venture – Intelius, which was launched in 2003. The company dealt with providing information services to consumers and businesses.

The idea was to provide a service which includes background checks and identity theft protection. Under Naveen’s leadership, the company grew its revenue to $18.1 million within a year and $88.5 million in 2007 with $22.5 million in profits. It filed an initial public offering in 2008.

In 2010, Naveen took his game to the next level. He co-founded Moon Express, a company which built machine-operated spacecrafts to mine materials such as gold, cobalt, platinum, and Helium-3 (nuclear energy fuel) from the moon. He co-founded the company with a vision to launch commercial lunar robotic transportation and colonise moon by 2022. He is also the chairman of Moon Express.

As an entrepreneur, Naveen has always focused on embracing technology to help humanity. He is the founder of iNome, the first company in the world to create the Information Genome of humanity.

Naveen Jain has been conferred with many awards and honours for his contribution to the world as an entrepreneur as well as an innovator. He received Lifetime Achievement Award in Red Herring Global 2011 Conference for his excellent work in technology industry.

He is also the recipient of Ernst & Young Entrepreneur of the Year award and Albert Einstein Technology Medal for pioneers in technology.

Here are some inspiring quotes by Naveen Jain that help you move ahead in life.

No hurdle can stop an optimist who seeks opportunity everywhere he goes. This unbreakable optimism was the only element that transformed Naveen Jain from the poster boy of poverty to a globally revered entrepreneur.  So you can either blame your fate and let things unfold or start working hard to make your dreams a reality. The choice is yours.

Who inspired you the most in entrepreneurship? Let us know in the comments

A Studentprenuer Who is Revolutionising Fashion

Driven by Sports, Fuelled by Passion – The Inspiring Story of Priyal Keni

Amazon to Focus on Sellers to Beat Rivals