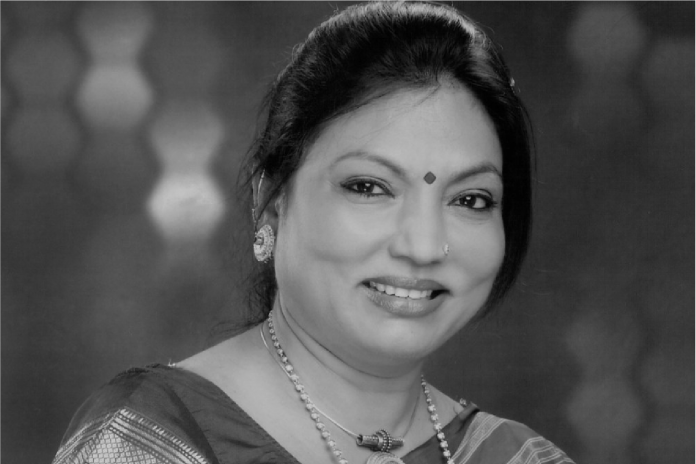 Dreams make people live. We all are in pursuit of our dreams. But what happens when you are thrown into the abyss of pain even before you start dreaming? You would be much like the birds whose wings are cut off!

Kalpana Saroj endured the pain of a lifetime when she was teenager. She was a victim of countless atrocities, from child marriage to physical abuse.

But she weathered the storm and chased her dreams. Dubbed as the real life slumdog millionaire, Kalpana is now at the helm of a $100 million business. 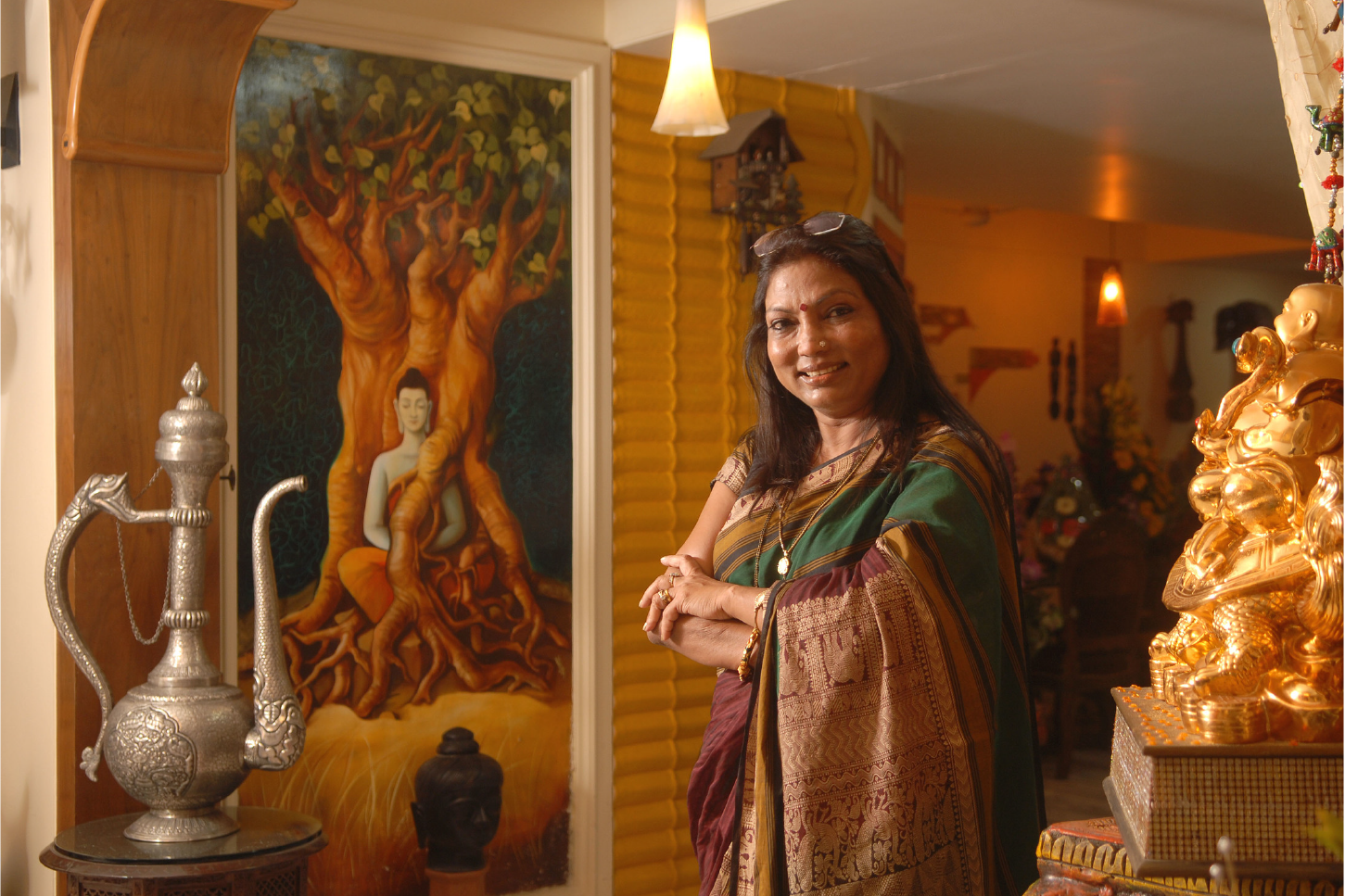 Kalpana was born in 1961 in a small village in Maharashtra to a Buddhist family. She was the eldest child of her parents. Her father was a police constable and her mother, a housewife.

Being a Dalit, Kalpana faced severe discrimination in school. She used to play alone in some corner of the school ground as her classmates were not allowed to play with her.

But what surprised her most was the behaviour of the teachers. They never allowed her to participate in any extracurricular activities in school.

Child marriage was widely practised in her village and she too fell prey to it. She tied the knot when she was just 12 and dropped out of the school.

Even though her dad was not keen on getting her married, he couldn’t do anything against the will of the extended family, which ardently supported the wedding.

The untimely marriage added to her miseries. She was sent to Mumbai along with her husband, where she lived in a slum with her in-laws.

Kalpana’s married life turned out to be horrible when her husband started to abuse her with the support of his family. She had to wash clothes, prepare food and do all household works for the family of ten members. At her husband’s home, Kalpana was just a scapegoat.

They found fault fault with her every time and she was often thrashed, kicked and punched brutally.  She even thought she would die there. Luckily, her father came to her rescue. She left her husband and returned home. 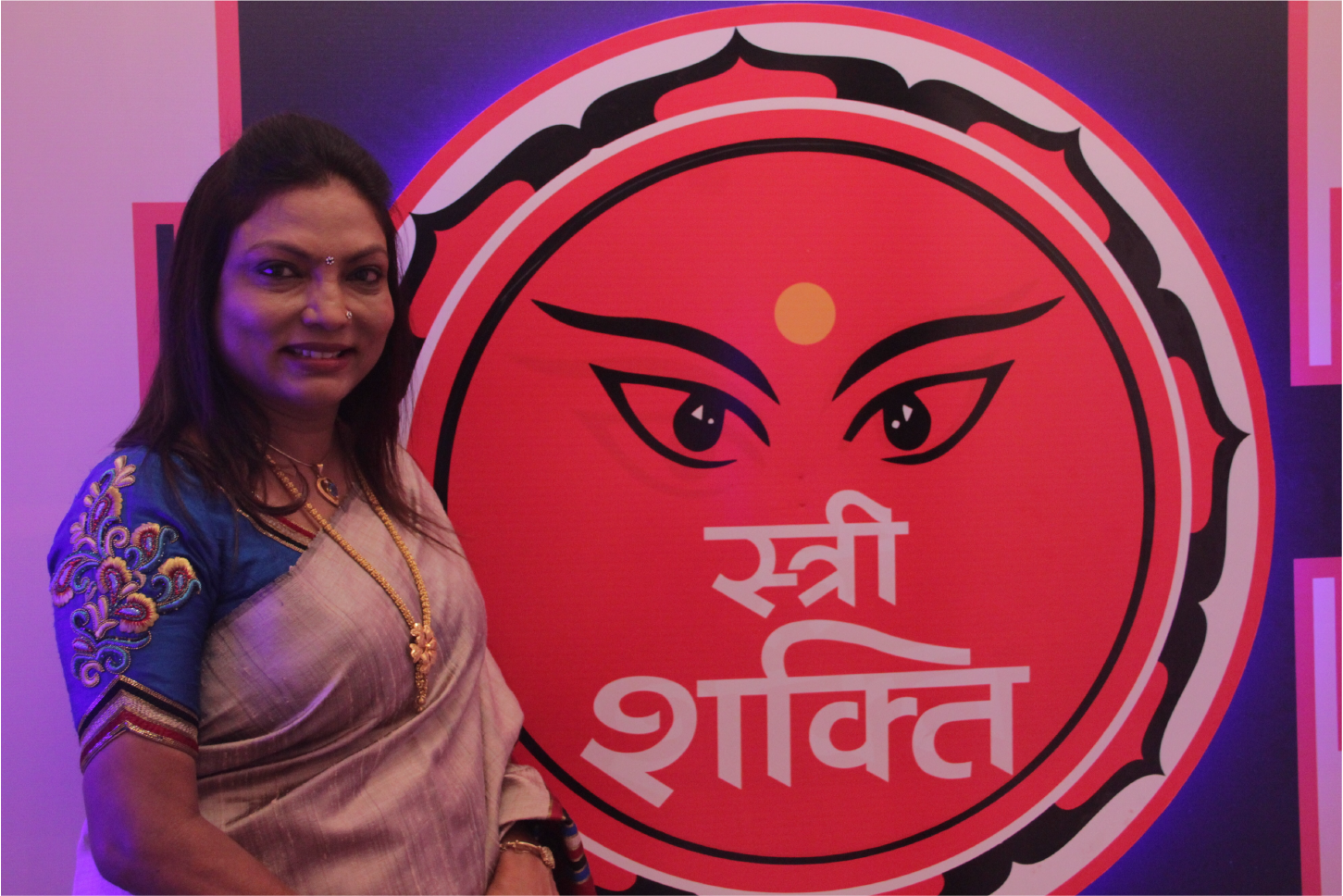 The turbulent life in Mumbai had made her weak. She came to her hometown in the hope of coming back to life again. But things weren’t easy.

As a divorced dalit girl, the villagers ostracized her. People looked at her as if she were a sinner. Nobody lent ears to her pain. In the eye of the society, she was just an untouchable Dalit, who ran away from her husband’s home.

Her relatives and neighbours considered her a shameful person who tarnished the reputation of their community. Nobody wanted to know about what she had undergone at her husband’s house in Mumbai.

The grave ill-treatment from the villagers had deeply hurt her. She attempted suicide by poisoning herself when she was sixteen. But fate had something else in store for her. She was rushed to the hospital. That episode changed her life forever. New hopes started to sprout in her life after the her futile suicide attempt.

Dipping her feet into Entrepreneurship 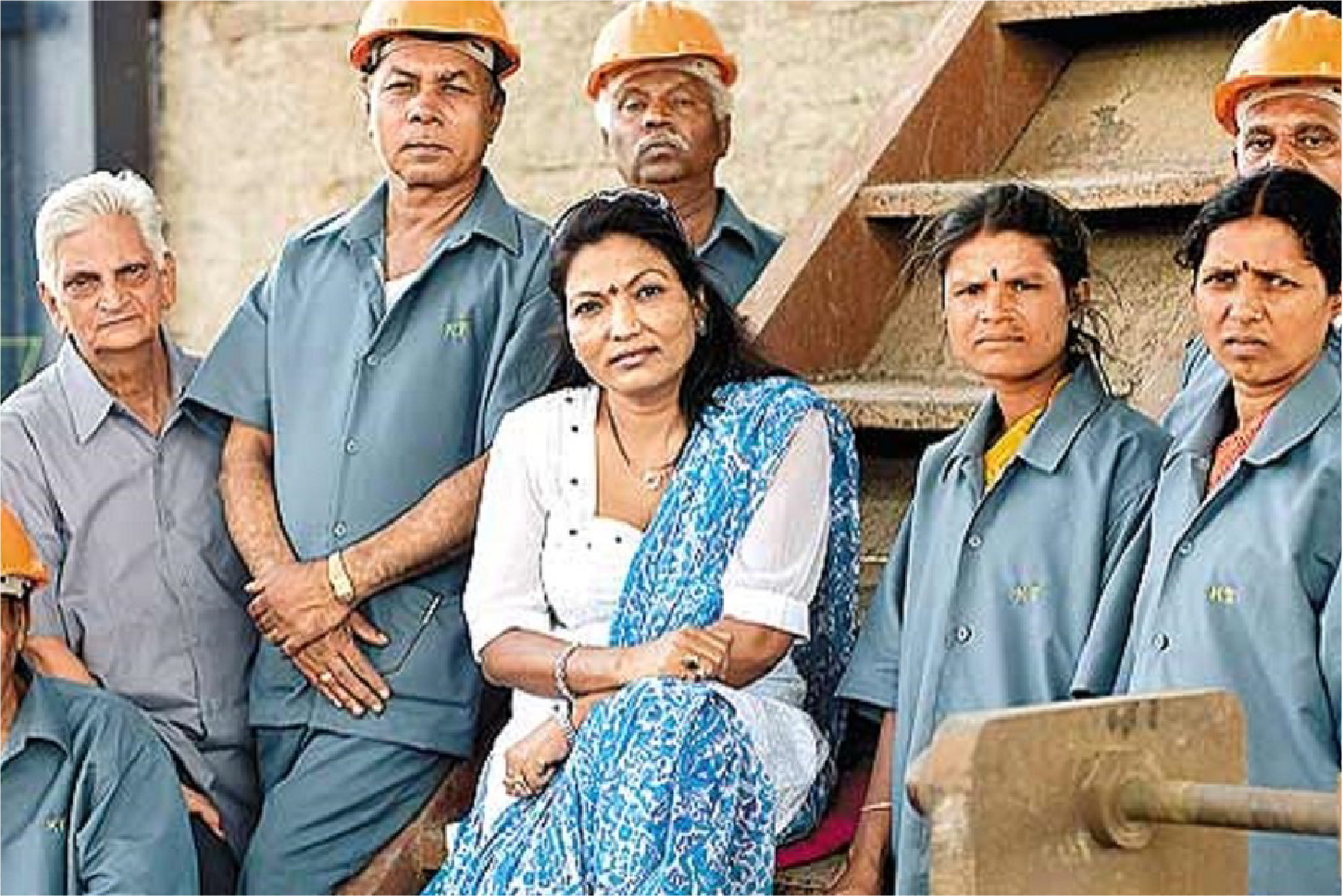 The miraculous escape from the clutches of death persuaded Kalpana to see the brighter side of life. She became more enthusiastic and started to think about the life ahead of her. She went to Mumbai along with her uncle and learnt tailoring.

Kalpana understood the importance of self-reliance when her father lost his job. She was the only breadwinner in the family.

The family barely survived on her earnings. Her sister’s illness made things worse. She had to burn candles at both ends to help her family and save her sister’s life. But she couldn’t help her sister.

At that point, Kalpana understood the big difference money could bring to one’s life. She started working up to sixteen hours a day to make additional revenue.

Kalpana applied for a loan under the government scheme and managed to get a funding to start her own business, a small scale furniture shop. She sold cheap versions of the branded furniture and managed to make decent business.

The first business taught her the crucial lessons on entrepreneurship, from collecting raw materials from to negotiating deals. Her financial stability improved. She also went on to set up an NGO that guided women on how to benefit from the schemes of government. The objective of the initiative was to make women self-reliant in life. 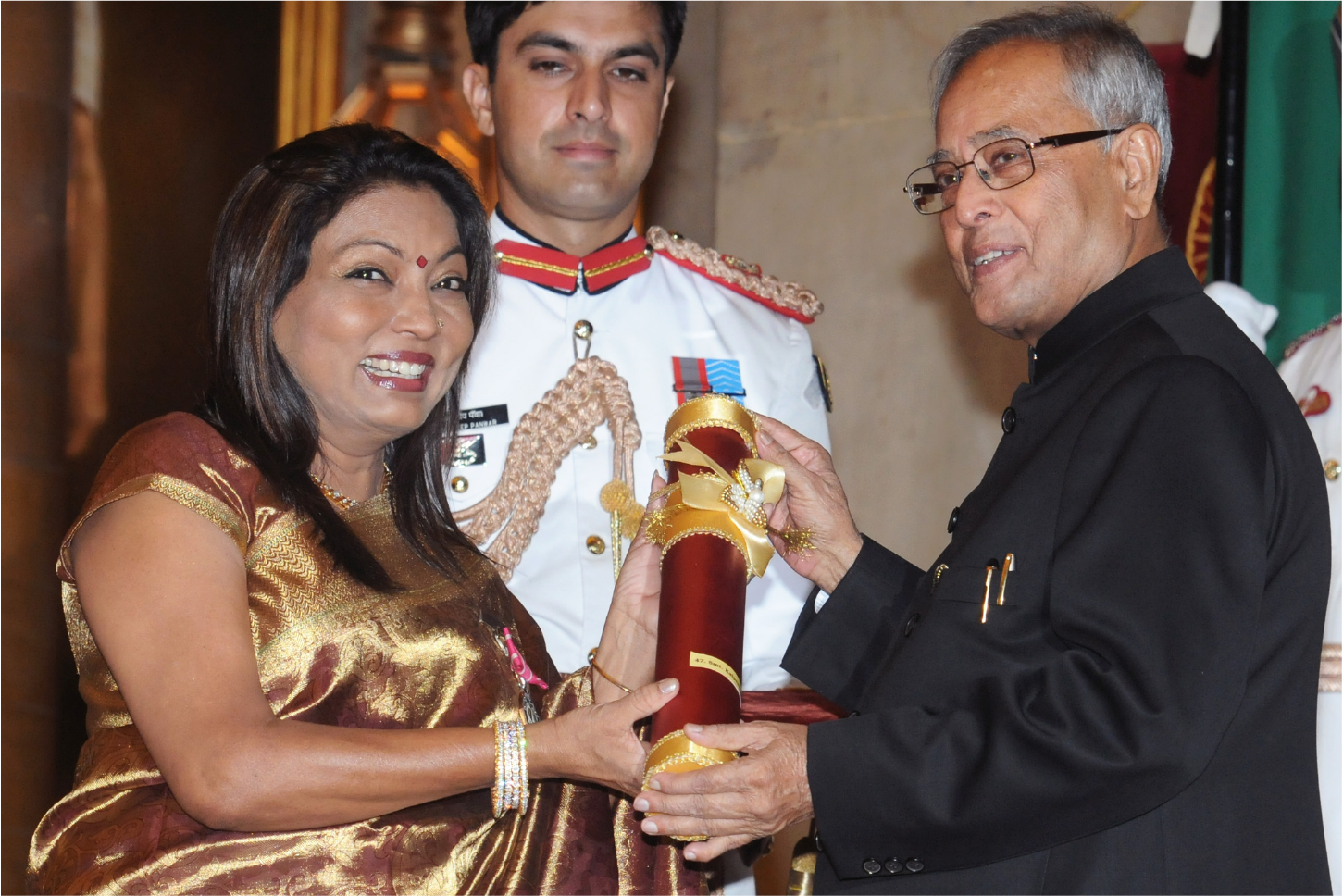 Within two years, Kalpana settled the loan she had taken to launch her business.The experience in entrepreneurship elevated her confidence. Soon she started to seek out new opportunities in business.

Her reputation as an entrepreneur and activist made her to take over Kamani Tubes, a company which was going to be shutting down soon owing to ownership disputes. Later,  Kalpana became  the president of the company.

Under her leadership, the company underwent massive restructuring and devised many strategies to keep its head above water. Kalpana’s hard work paid off as she brought the company back to profit.

In 2006,the court transferred the ownership of Kamani Tubes to Kalpana and gave her a time-frame of seven years to pay off the loans of the company. However, she repaid the loans within a year.

Now Kamani Tubes Limited has become one of the leading names in copper and copper alloy products’ industry. Kalpana is now the chairman and CEO of the company and she has a net worth of $112 million.

Kalpana Saroj received Padma Shri in 2013 for her contributions to entrepreneurship. She has also been honoured by the Mayor of London Municipal Corporation for her outstanding achievements.

Kalpana Saroj’s story proves that you don’t necessarily need an MBA from a top college to become a successful entrepreneur. The best lessons on entrepreneurship are always learnt from life.

An entrepreneur should not make excuses when his or her business fails. Entrepreneurship is meant for those who try relentlessly despite the poor results. That’s what Kalpana did . She failed many times and even tried to kill herself. But look at her now. She’s flying high like a free kite. The scars of her past life seem to have gone now.

So don’t bother about failures. Just do what you love the most. One day, your hard work will deliver the best results. 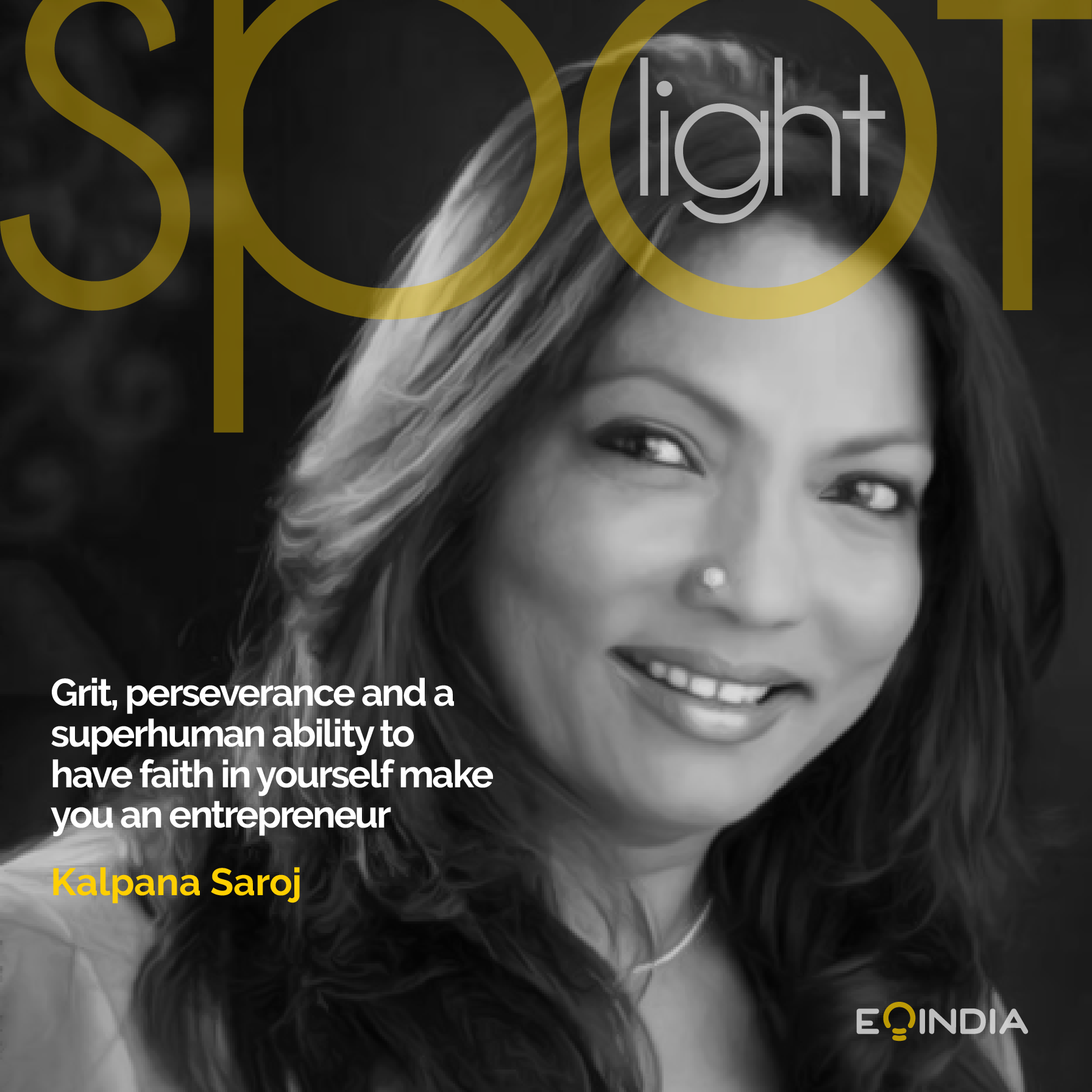 Tell us who inspires you in entrepreneurship in the comments below!

Losing My Religion at Goodworks CoWork!