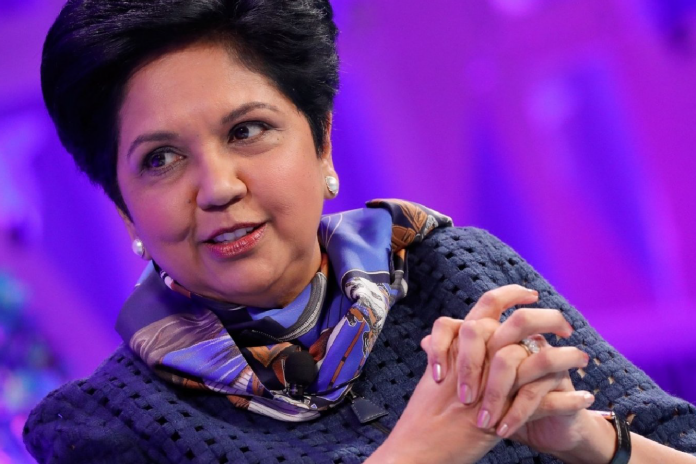 A few days ago when Indra Nooyi decided step down as the CEO of Pepsico, after a stint of 12 years , the company’s shares dipped. The stress levels of the stakeholders went up. It was a testimony to her massive influence in the company.

As the CEO of the world’s second largest food and beverage company, Indra spearheaded Pepsico’s  growth, which considerably increased its revenue to over 80%.

Unlike her predecessors, Indra was keen on long term goals and played her cards right. The image of Pepsico was never at stake under Indra. She kept the company’s reputation intact while still emphasising the business.

Apart from her highly successful career, Indra Nooyi has an inspiring story to tell. The startling story of a Chennai girl who went on to helm an American conglomerate.

Born without a silver spoon! 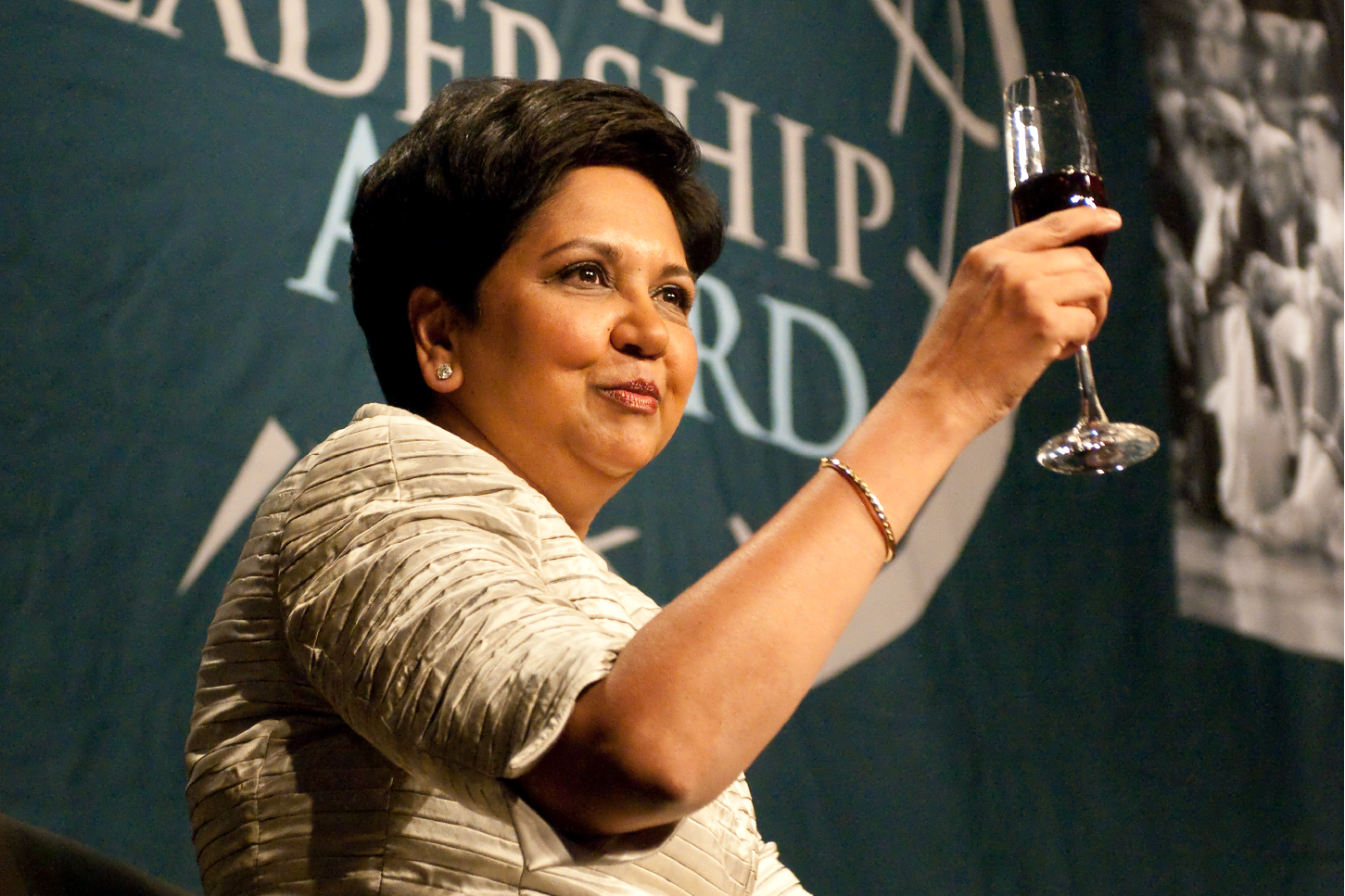 Indra Nooyi was born to a conservative Tamil family in Chennai. Being a girl, she was supposed to lead normal life like her counterparts, which meant an early marriage and raising a family. However, Indra was keen on becoming self-reliant. She wanted to bust the routine pattern of life she used to see while growing up.

The future she yearned for was only possible through proper education. So Indra showed a deep interest in her studies. She joined Malabar Christian College immediately after school. The college changed her perspectives. She began to dream big.

In college she came across the new avenues of higher education. Many of her senior students were seeking out top institutions to pursue their academic interests. Indra too followed the trend.

She joined IIM Calcutta to receive a degree in business management in 1973, after which she got a job in Johnson and Johnson. But Indra had a bigger dream. She wanted to enroll in a foreign university to pursue her academic interest further.

Discovering a world of opportunities 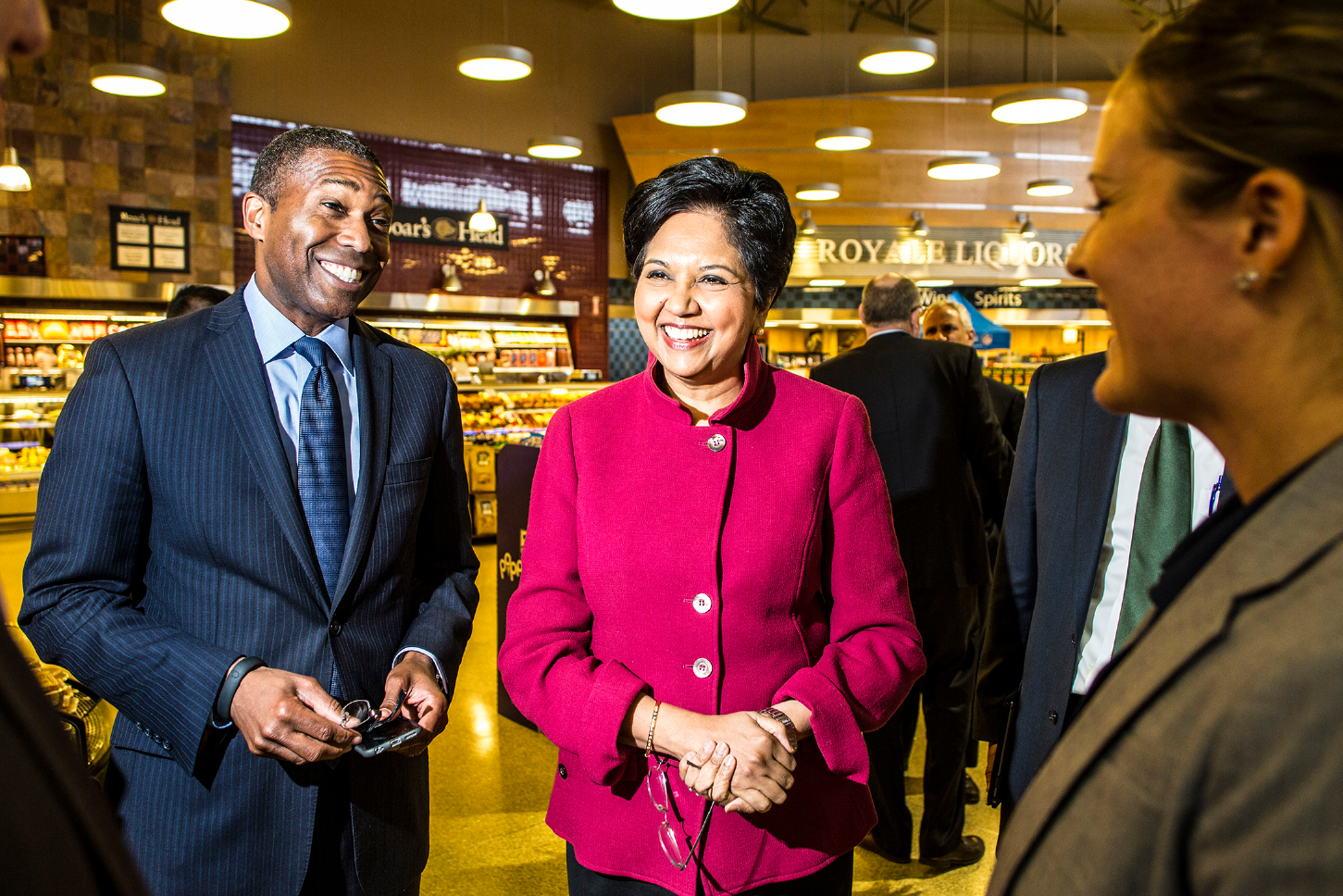 Indra applied to the prestigious Yale School of Management for her masters. However, things weren’t a piece of cake. She had to meet stringent criteria to secure admission. Indra’s exceptional academic record became handy there.

She got selected and she flew down to the US to enroll join Yale School of  Management. It was a turning point in her life. The life in the US opened a wide range of avenues before her. The new country seemed more welcoming.  It respected her talent.

As a student , she took up the job of a part-time receptionist at hotel to support her studies and to make additional revenue. She struggled to make ends meet. It was the most challenging phase of her student-life. The night shift even took a toll on her health as it disturbed her sleep.

Anyone in her place would have packed their bag to return home. But Indra was determined. It was her only chance to make it big in life. The hurdles, which came one after the other, couldn’t turn down her optimism. She tackled every roadblock sensibly.

After graduating from Yale, Indra applied sought a job. Having passed out from a prestigious institution, she thought she could secure a job easily. But things went topsy turvy when she got rejected. The interviewer instantly turned her down for wrongly wearing the suit. A dejected Indra shared her bitter experience  with her professor at Yale. She never thought that a suit could make an impact on her career.

Indra’s professor asked her to wear something that would make her comfortable while attending interviews.  Instead of blindly following a standard dress code, he persuaded her to wear sari. She attended the next interview, wearing a sari and got selected! It was the beginning of her remarkable career. 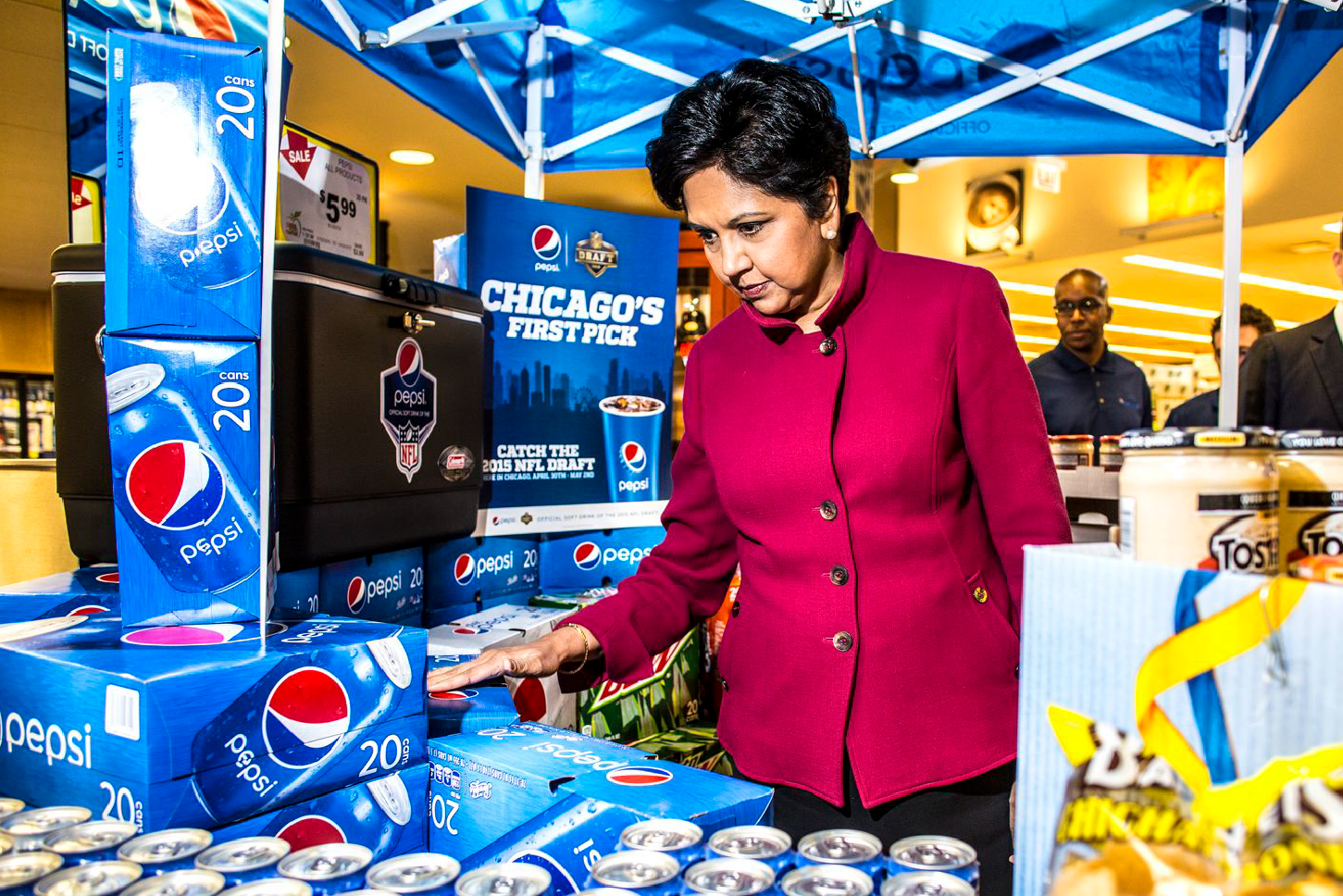 As a woman who was in the infancy of career, Indra often faced a lot of problems. But she let her work speak for her. She proved that being a woman was no barrier to achieve your goals. After having worked in many MNCs in the use, Indra joined Pepsico in 1994 as the Senior Vice President of the company.

Indra found her own space  in an industry which was notorious for corporate politics. In 2006, Indra took over Pepsico’s rein when she was promoted as the CEO, making her the first ever woman chief executive of the company.

Indra came to the helm when Pepsico was going through a turbulent time. The company had caught headlines for all wrong reasons. It was reported that Pepsico had been taking excessive water for production from countries where scarcity of water was severe.

The company’s credibility was under scrutiny. But Indra rose to the occasion. She launched a campaign to regain the fading reputation of the brand.

As part of move, the company kick-started a campaign to conserve water. The campaign. which helped Pepsico conserve 6 billion litres of water in India, was carried out in other countries as well.

Later, Indra diversified Pepsico and made the company a highly profitable business entity. She received Padmabhushan, the third highest civilian award in India in 2007, for her contributions to the world as a business leader.

Indra Nooyi will step down in October this year. Her successor, Ramon Laguarta, will certainly have a big gap to fill in the company. 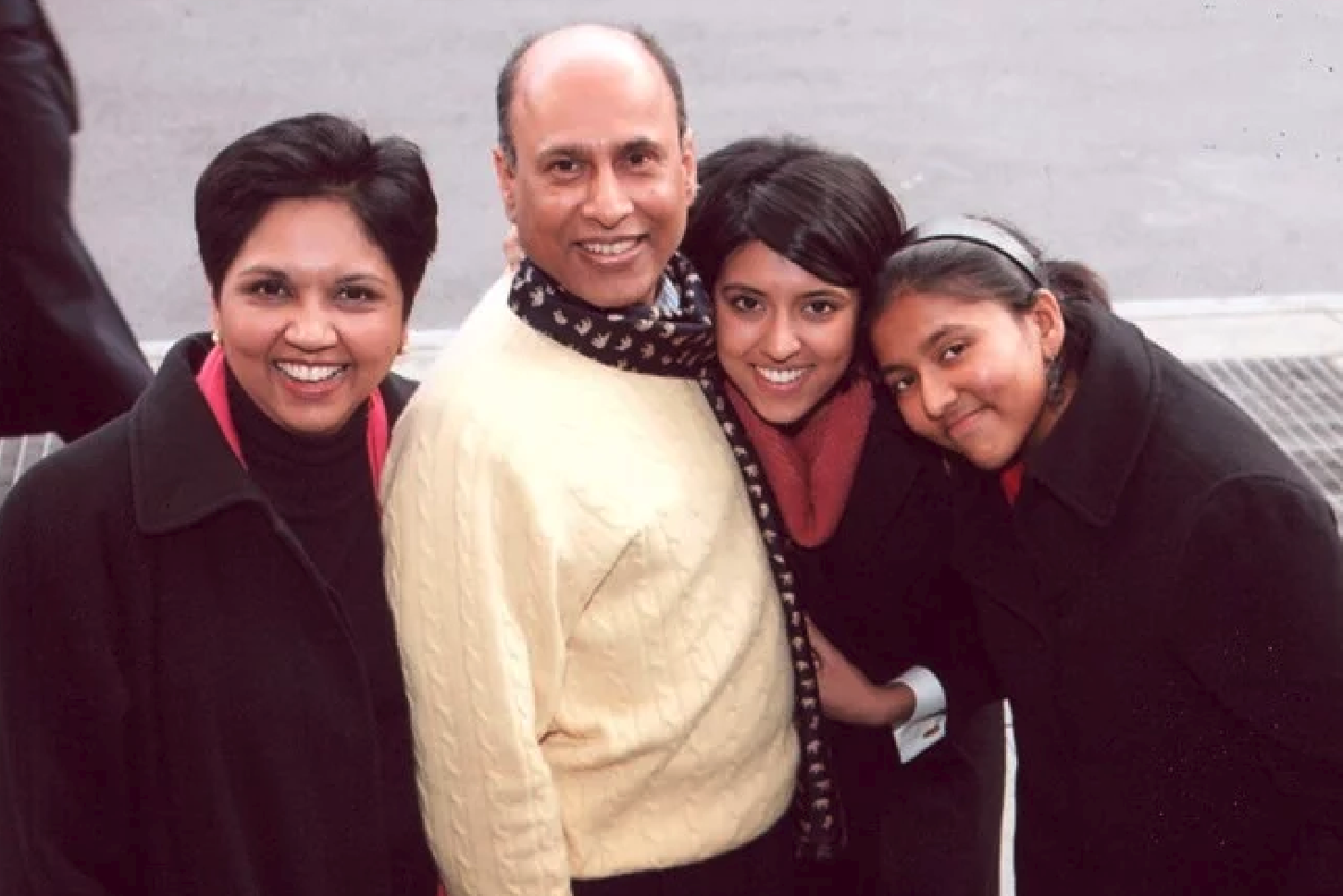 Indra Nooyi is married to Raj Nooyi, president of AmSoft Systems. The couple have two daughters, Preeta and Tara.

As Indra steps down after leading Pepsico for a over decade, she takes pride in advancing the interest of the company as well as its stakeholders.  She is now the face of women entrepreneurship in India as she inspires the budding entrepreneurs to chase their dreams.

From a dreamer to a globally revered business leader, Indra’s story depicts the power of perseverance and hard work.  So always be ready to unleash your ability at its best to turn your vision or dream into reality. That’s how you could become a successful entrepreneur. 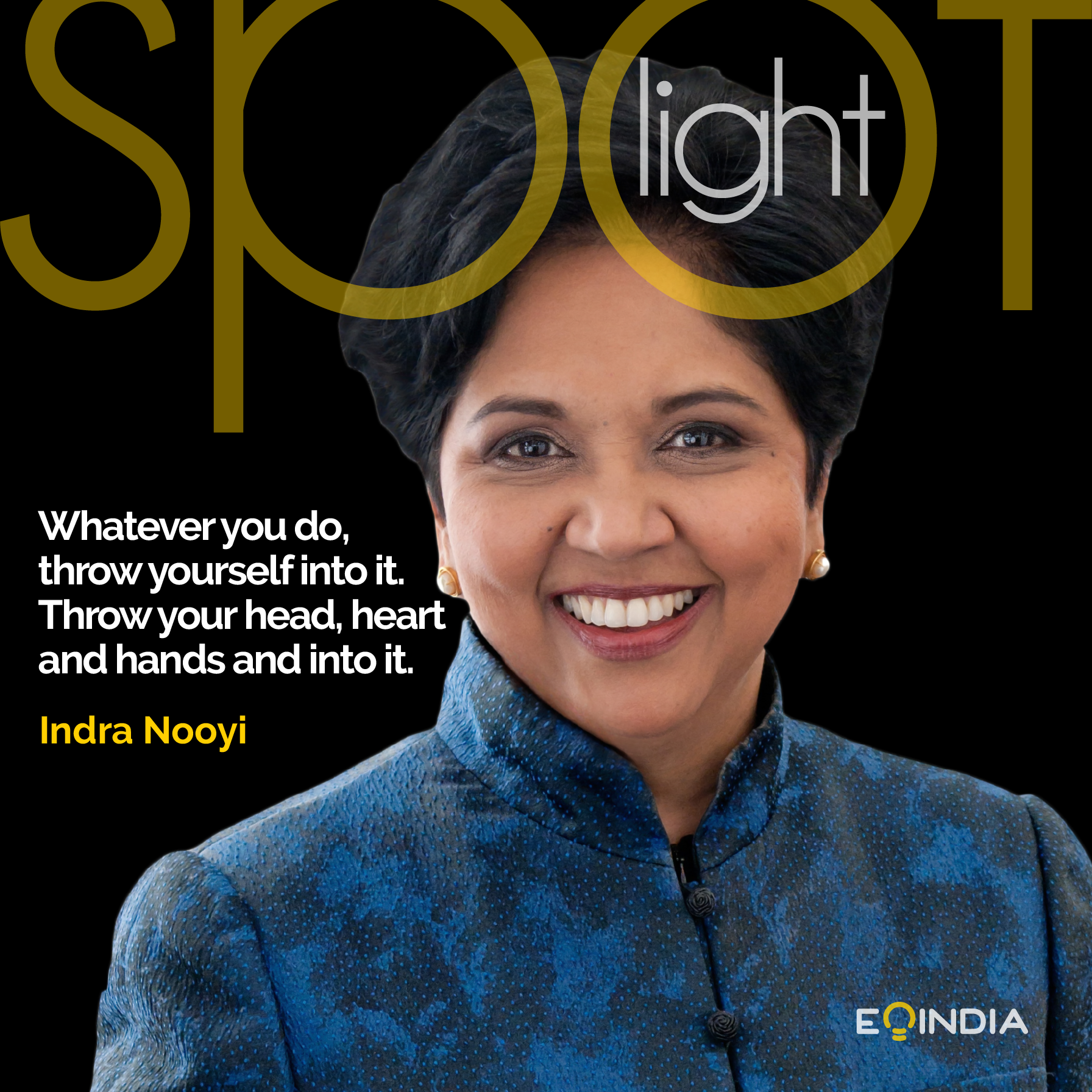 Who is your role model in business? Let us know in the comments!

Over 10K Drivers in London Register on Ola

The Story of a Pastry Queen and Her Expanding Empire!