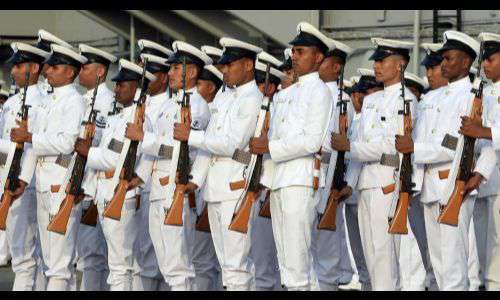 The Indian Navy has banned the use of Facebook for all its personnel and asked its officers and sailors not to carry smartphones to bases, dockyards and onboard warships.

The directive from the Naval Headquarters comes weeks after seven sailors from Vishakhapatnam, Mumbai and Karwar and a Mumbai-based hawala operator were nabbed for leaking information to Pakistan after being virtually honey-trapped on social media.

The arrested individuals were young sailors who were entrapped through a fake Facebook account and subsequent chats. They were blackmailed to leak information about their ships and submarines to the ISI.

The order prohibits the use of messaging and content-sharing apps too. Though the platforms had not been identified, sources said the directive would presumably include Facebook-owned popular platforms like WhatsApp, Facebook Messenger and Instagram.

Sources said the Naval headquarters might make an exception for the personnel handling Indian Navy’s hugely popular Facebook page and Twitter handle because the social media in many ways not only acted as a force multiplier but generally provided valuable inputs during natural disasters or any other crisis.

Tourism Ministry Ropes in Google to Improve its Website