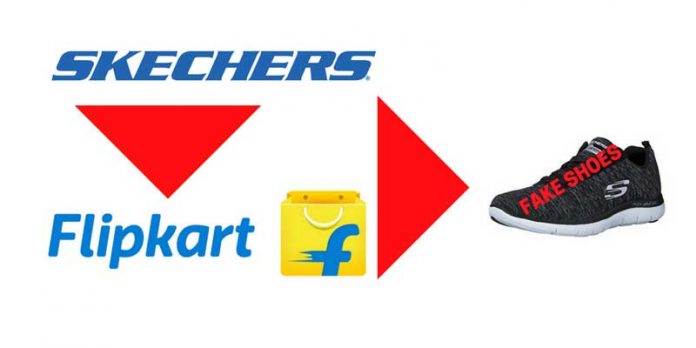 Homegrown e-tailer, Flipkart is going to solve its fake products case with American footwear Skechers in an out-of-court settlement. In December last year, Skechers had moved court against Flipkart for allegedly selling its fake products on the online marketplace.

The accused included Flipkart and four of its sellers, Retail Net, Tech Connect, Unichem Logistics, and MarcoWagon. Over 15,000 fake products with Skechers label were found in a raid later, which the accused under further pressure.

“Flipkart has offered some cash payment and a commitment to do a certain amount of business for Skechers as an offer to settle out of court,” said a person aware of the development.

The authenticity of the products sold by marketplaces such as Flipkart, Shopclues and Snapdeal were under scanner as a recent investigation by News 18 revealed that 60% of the sports goods and 40% of the apparel being sold in online “sales” on these ecommerce platforms were fake.