What would you do if you get to lead a large business at a very young age? Will you take up that Herculean challenge? Or will you step back?

Whatever you choose, that one decision will be enough to make a change in your life.

Years ago, Wipro’s head, Azim Premji, encountered the same situation when he was a student at Stanford University.

His father, Hashem Premji, was a great entrepreneur who ran a big business. So Azim decided to hold the strings of his father’s business after his demise. That’s how he took the helm of Western India Products Limited(Wipro) in 1966.

Heading a Business at 21

The stakeholders of his father’s company doubted Azim’s calibre when he was given the control of a large business. They even ridiculed him.

“He is too young to lead a business”, they said. But Azim proved his mettle. He had inherited that spark of business in his blood.

When Azim came on board, the company was producing cooking oil under the brand name Sunflower Vanaspati. He decided to diversify the business to attain growth in the long run. So Wipro started manufacturing bakery and cosmetic products.

It was early 1980s, a period when information technology was booming across the globe. But the global changes weren’t  much apparent in India. Azim realized the importance of emerging IT sector. So he led a remarkable diversification drive in his company.

In 1980, Wipro made its entry into IT industry while still expanding its product range in cosmetic industry.  In an attempt to make the company a global player, Azim changed the name of the company from Western India Products Limited to Wipro.

The exit of IBM during this period made Wipro the flagbearer of Indian IT sector as it successfully filled the void left by IBM. Wipro began its work in IT industry by collaborating with American-based Sentinel Computer Corporation.

Initially, Azim focused on making microcomputers. It eased Wipro’s entry into the innovative IT domain.

Under Azim’s guidance, Wipro embarked on successful journey to become one of the most trusted names in IT sector. Later, he completely focused on software development and IT-related services.

Within four decades, Azim Premji made Wipro one of the  global leaders in software industry. He is now adorned with remarkable title, Czar of Indian IT Industry.

From a 21 year old boy to the visionary entrepreneur who changed the face of Indian IT sector, Azim Premji is quite inspiring.

He didn’t have super powers or magic potions to realize his dreams. But he had one sole thing – unshakable passion for business.

As an entrepreneur, Azim Premji placed core values above anything and worked hard without compromising. He believes the actual strength of a business comes from its values.

Azim Premji believes in giving back to the society. He has been actively involved in a number of philanthropic activities.

“I strongly believe that those of us, who are privileged to have wealth, should contribute significantly to try and create a better world for the millions who are far less privileged”, he once said in an interview.

He founded Azim Premji Foundation, an NGO that promotes elementary education, in 2001. Through this initiative, Azim aims at providing quality education to everyone with an emphasis on infrastructure development of government schools across India.

He promised to spend $2 billion, the largest educational donation in India, to build new schools and renovate the existing ones.

He set up Azim Premji University in 2010 to promote value-based education and research. The objective behind this initiative is to adopt new technologies to help the educate students. As of 2017, Azim Premji has a net worth of $19.2 billion.

Azim  is married to Yasmeen and the couple have two children, Rishad and Tariq.  His children are following the footsteps of their father. His elder son, Rishad,  is currently the Chief Strategy Officer of IT Business.

Azim Premji teaches us how to change our ideas over time to survive the fierce competition. He thought for the future and played his cards sensibly.

His journey from a very young entrepreneur to one of the movers and shakers in global IT industry has been phenomenal.

Instead of settling for a well-paid job, he decided to take the less-travelled, challenging path, but emerged victorious.

Who would have thought that a business that sold consumer products would end up becoming a giant in software business.

He proved how you can grab business when adopt to the latest changes happening around you. Learn about new things and start to experiment now! Entrepreneurship is all about believing in your vision and work towards making it real! 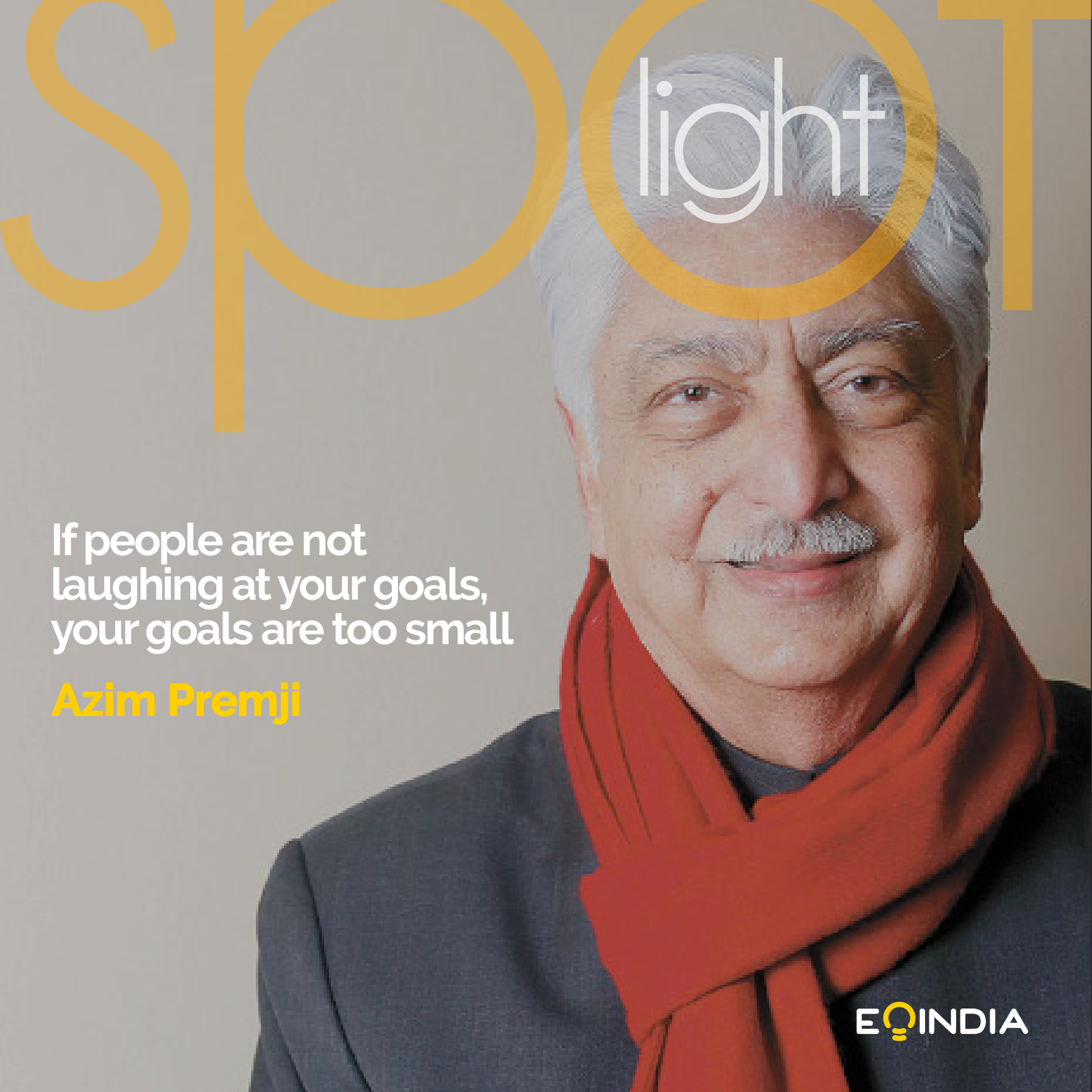 Who is your favourite Indian entrepreneur? Let us know in the comments below!