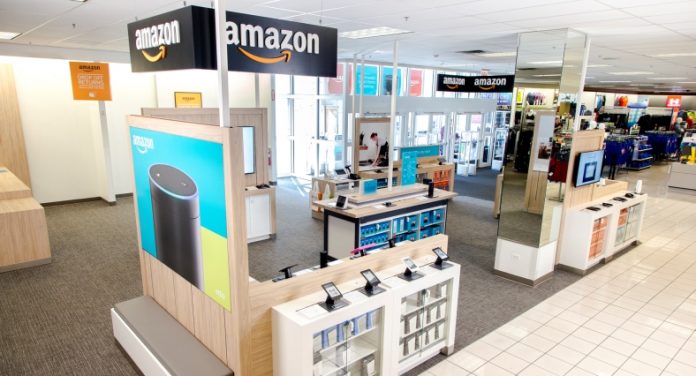 Global ecommerce giant Amazon is looking to strengthen its India play by expanding its presence to offline mediums. Amazon plans to roll out more than 100 kiosks in malls across the country that will sell its devices such as the Kindle ebook reader, the Echo speaker and the Fire TV dongle by the end of the year, a report said citing sources.

This is being speculated to be a precursor to a broader entry into brick-and-mortar stores in India for Amazon. The company is reportedly looking for 70-80 sqft kiosk space, which will run by third-party franchisees.

“ The Amazon Devices Kiosk gives customers a first-hand experience of the devices. Customers can walk up to the kiosk and take an assisted live demo of Kindle, Fire TV and Echo family of devices with the help of the store staff before purchasing devices. The store staff is also available to solve customer queries, pre and post purchase, ” said an Amazon spokesperson.

Amazon’s move to focus on offline marketing is likely to inspire other major e-tailers to do the same. Flipkart-owned Myntra and Google have already opened offline stores in the country. So, in near future, India will see the giants competing each other in the offline retail space.

Xiaomi to Lead $100 Million Funding Round in ShareChat