A business becomes successful when it addresses a problem. Social entrepreneur Aditi Gupta could have started any business that could give her enormous wealth. However, entrepreneurship is not always about what you earn, but what you do.

She started a business that changed the life of women in India for better. She touched a million hearts without a billion-dollar company.

An idea that Aditi nurtured has now become a revolutionary product. As the founder of Menstrupedia, a platform to educate people about menstruation, Aditi Gupta shows us how entrepreneurs should contribute to the society.

It happened to Aditi when she was 12. She was bleeding! Scared stiff, she ran to her mom. Since then everything has changed for her. Her first period made her a totally different person.

The people who had known her seem to have no longer considered her their little child. There were many taboos. She felt like abandoned by her family at once.

She wasn’t allowed to go anywhere near prayer room or sit in others’ bed. Little Aditi couldn’t make out what was happening to her.

Her parents and family were well-off. But they were embarrassed to buy sanitary napkins for her as they thought it would tarnish their dignity before public. So she used clothes when she bled.

Later, Aditi learnt she was just one among many girls who face the same fate during periods. 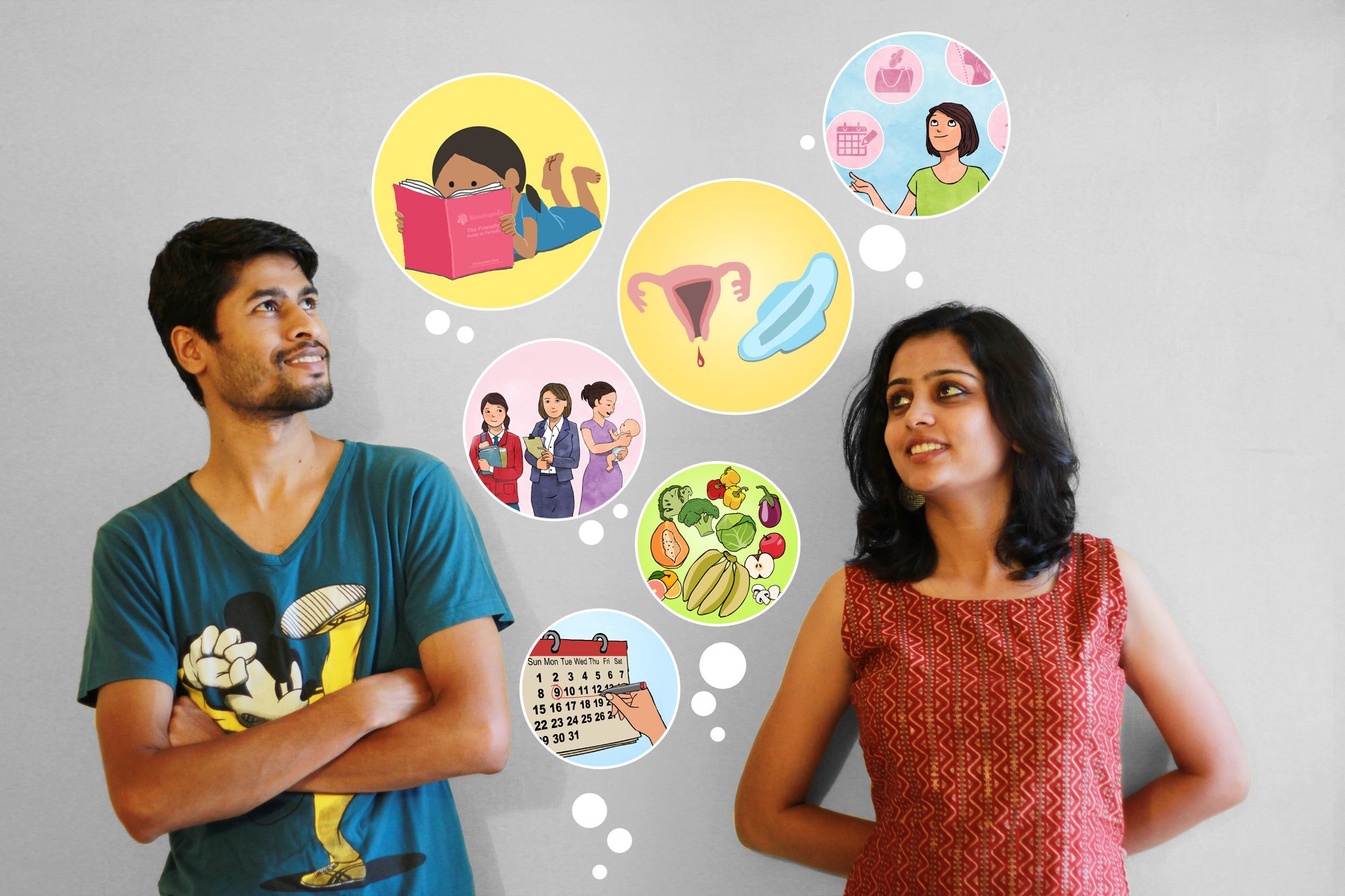 Women in India, especially those from the remote areas, aren’t much aware of menstrual hygiene. They rely on different things, from plastic covers to pieces of clothes, during periods.

Aditi Gupta was deeply disturbed by these unhealthy home remedies for menstruation. Even the health of the younger generation was at stake.

Being born in a conservative family, where she wasn’t able to discuss periods, Aditi knows well about the plight of a woman when she is bleeding. Even in schools teachers used euphemisms for menstruation. The situation was grave since the most-educated among women were reluctant to utter a word about menstruation.

Aditi understood that menstruation was something people considered a dirty secret. To add to the misery, such misconceptions were really affecting the way people looked at women.

Aditi realized it was crucial to educate people on menstruation and how to handle it effectively. But how could she do that in a society where even talking about menstruation itself is taboo! There were many myths and superstitions centered around menstruation.

Aditi wanted to wipe out these misconceptions. She decided to provide menstrual guidance to girls and women in a fun yet convincing way. That’s how she co-founded Menstrupedia along with her friends,Tuhin Paul and Rajat Mittal.

The idea of launching a guide to menstruation first popped up in her mind when Aditi was at college. She thought about different methods to educate girls about menstrual period.

“How do I make it effective and unique?,” she asked herself. She needed a strong medium to feed information about menstruation to people.

Aditi and his friends launched Menstrupedia website in 2012. The idea was to deliver scientific information about menstruaution to readers.

A year later, Aditi and team took the next leap- They raised fund to make an illustrated comic book through crowdfunding campaign, which gave her ₹5.15 lakh. The book was designed to be a menstrual guide for students and resource for teachers and parents.

It provided complete information about menstruation in the form of cartoons and graphics and helped the reader adopt the right measures while on periods.

In Aditi’s opinion, Menstrupedia is a friendly guide to periods which helps women stay healthy and active during their periods.

Mesntropedi is the best tool for girls to learn about menstruation by themselves in an exciting way. It also helps parents who find it difficult to explain menstruation to their children.

How Menstrupedia is Changing Mindsets 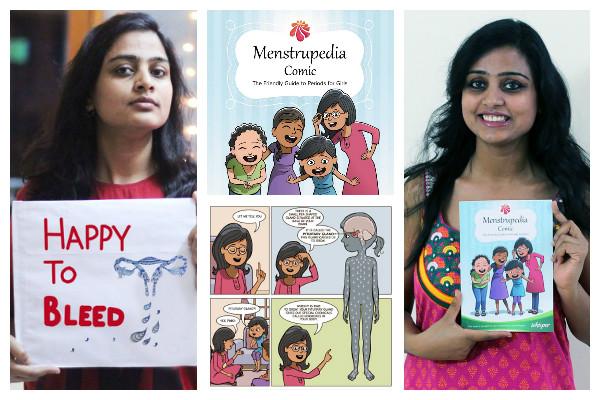 Menstrupedia shrugged off the fears to talk about menstruation in public. Menstruation is no more a word that is meant to whisper!

Her comic books about menstruation provide every detail in the form of little stories , depicted with compelling graphics. Menstrupedia books have been widely popular among school students and Aditi is on a mission to reach out to every school in the country.

She seeks the help of NGOs and sponsors to deliver Menstrupedia comics to a wider audience. More than an entrepreneur, she has now become the flag bearer of a social change, a true visionary who brought light into the lives of many women and girls across the nation.

For students, Menstrupedia became their best friend. Aditi designed it in the form of a story which depicts the menstrual journey of three characters.

Each concept related a woman’s menstrual health is represented in a tangible way using simple graphics. This way, as the story progresses, the reader gets more idea about menstruation.

Aditi is content with what Menstrupedia has done to the society. The greatest achievement of Menstrupedia is that it opened up conversation among women about menstrual health.

Today, Aditi’s brainchild, Menstrupedia, has been used across 18 countries and is available in 14 languages.  The comic book is used by more than 250 schools and about 1,50,000 girls across India. What started as a simple thought has now become a revolution as Aditi continues her journey.

You must have a unique idea to become successful in business. Aditi Gupta made a product that addressed one of the grave concerns of women. That’s how she carved a niche for herself in the highly competitive Indian market.

Aditi became the pioneer of a product and she will always have that advantage in business. So as entrepreneurs, you should design your product in a unique way, just like Aditi did. It’s the best way to earn business and reputation.

Moreover, try to bring a positive change in people through your entrepreneurial insights. That’s how you can become the best entrepreneur! 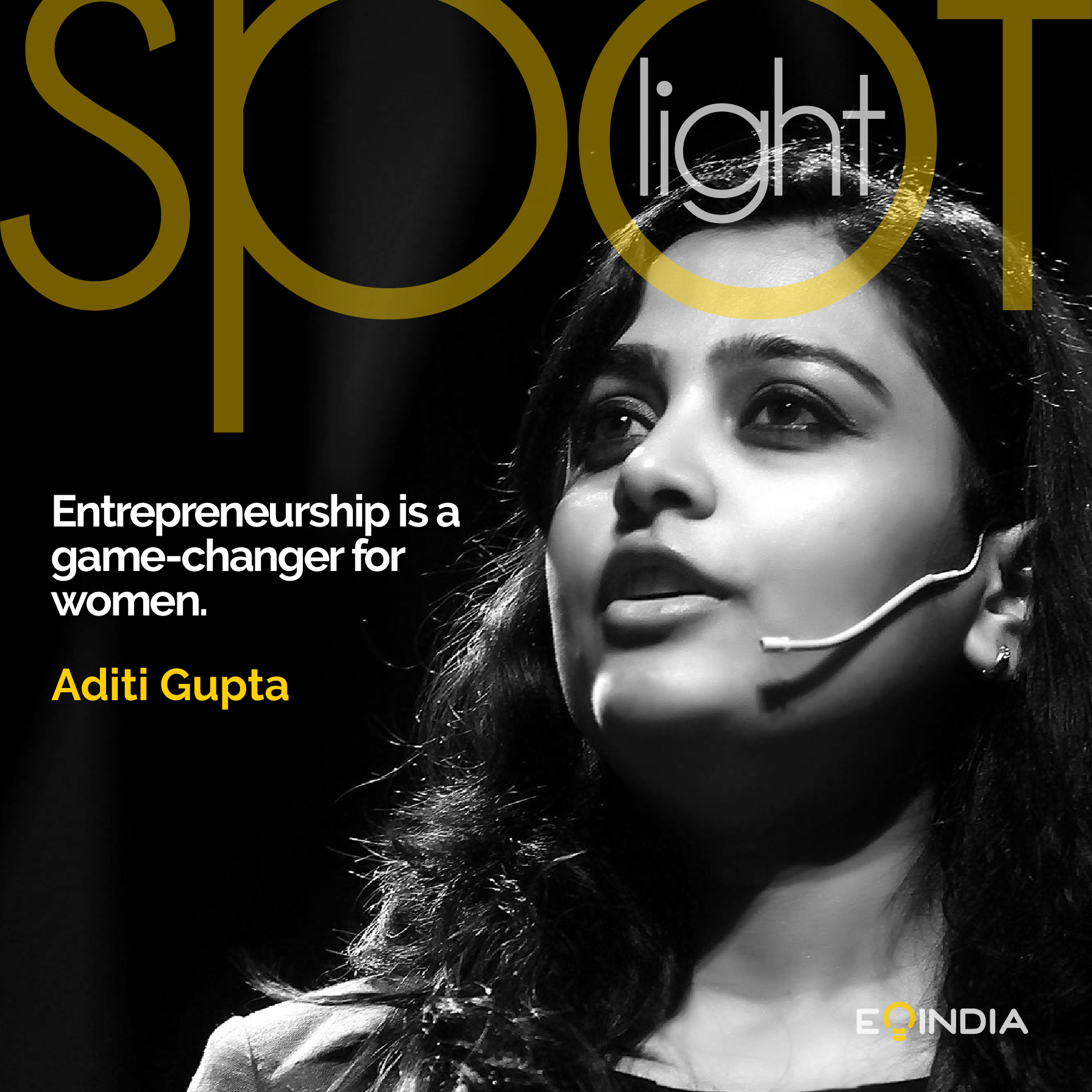 Who is your favourie woman entrepreneur? Share in the comments below